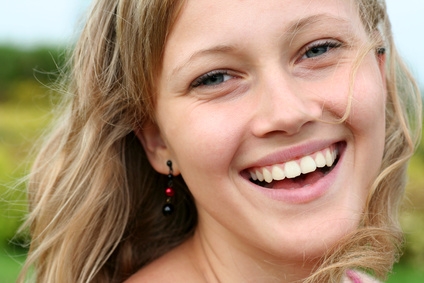 It seems terribly cruel that after courageously winning the battle  against breast cancer, any woman should have to endure  further hardship.

This week the Journal of Sexual Medicine reported that 7 out of 10 breast cancer survivors reported having sexual difficulties within the two years after being diagnosed.

There are a number of reasons that women, even those without a history of breast cancer, can experience sexual dysfunction. In fact, there are many who go unsatisfied, yet there is still no version of female Viagra out there that seems to do the trick.

Another interesting study published this week found that women who believed they were taking a libido enhancer but unknowingly received a placebo instead, noted improved sexual satisfaction. So what does this say about how women and this “dysfunction” they are experiencing?

It confirms what makes getting to the root of the problem for women so difficult. By nature, sex and intimacy are largely emotionally rooted for women. The enjoyment from these activities has much more to do with state of mind than physical touch for many. Insecurities over one’s own body or feeling disconnected from a partner can make the sexual experience less satisfying. Even the mere fact that many women are not as comfortable talking about sex as men are can make it difficult for them to be totally at ease with their partners.

For women who have overcome breast cancer, there are even more road blocks in the way. According to the study of survivors of breast cancer, women are often uncomfortable even bringing up their problem with a  doctor. But a combination of factors are at work making sex drive and enjoyment difficult to achieve and maintain for these women and are nothing to feel shameful about.

Many cancer treating drugs block the production of estrogen or can trigger treatment related menopause. All these hormonal changes take a real toll on a woman’s body. For many, the body image factor can be one that is extremely difficult to overcome, especially after enduring a mastectomy or other surgeries that leave outward signs of the battle wounds of the cancer.

While breast cancer is the most common cancer for women in the U.S., it also fortunately has a high survival rate. Currently in the U.S., 200,000 new cases are diagnosed each year.  Today some 2.4 million women in the U.S. alone are survivors still dealing with the devastating aftermath that the cancer has left behind.

In women who do not have breast cancer, the percentage of this who are unsatisifiied with their sex lives is closer to 40% to 45%.

The advice of many doctors seems to be just as simple as this: if you are a women, cancer survivor or not, the first step is to talk openly about the situation with your doctor. For example, in the study of the placebo affect the pills had on women, researchers  concluded perhaps these women were more satisfied simply because they were feeling comfortable thinking about and talking about sex openly.

In today’s world that three letter word is no longer taboo and women have just as much need as men to enjoy a healthy and satisfying sex life.