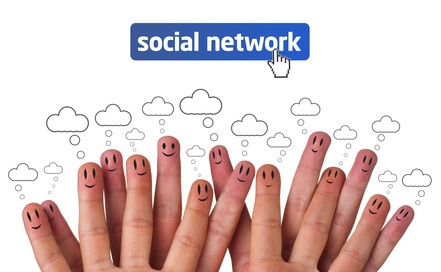 We all know the old saying, “do what I say not as I do,” but of course that doesn’t normally work when we are dealing with impressionable adolescents. This same idea recently was put to the test to measure how much of an impact social media can have when it comes to normalizing drug and alcohol use.

With kids heading back to school and parent’s worries about their children hanging with the right kind of crowd, studies like this one released by the National Center on Addiction and Substance Abuse (CASA) may serve as a reminder about what could be impacting the nation’s youth.

Of course, before we get into the particulars, it’s important to note that several other factors that are unrelated to social media use could have skewed the results as well. Just like with other studies which monitor behavior, there could be other pressures leading to behavior changes as well, so don’t make your kids delete their precious Twitter and Facebook accounts just yet…

The Study
More than 1,000 teens (ages 12-17) and their parents were surveyed about both their social media use and their experiences with alcohol and drugs. Around 70% said they used social network sites daily and overall 10% of those who used social networks said they used tobacco products, 26% had used alcohol and 13% had experimented with marijuana. While these number are comparable to the norm for this age group (like it or not), it has prompted organizations like CASA to urge parents to take a closer look at what their children are exposed to.

In another section of the survey, the participants were asked about seeing alcohol or drug abuse on the social sharing sites. In response, 40% reported that they had seen photos from friends and other users that contained drugs or alcohol.

So What Can We Do About It?
This is the part where many parents start to panic. Unfortunately, there is no great way to monitor social media usage in teens. With smart phones, computers at school and virtually any other location that they go, to try and limit or cut out completely their time spent on Facebook, Twitter and other sites just isn’t practical. What does seem practical however, is what many parents have been advocating for some time now. Talk to your kids about what they will see.

Before social media, there were TV ads, print ads, movies and so on.  There will always be ways for teens to view behavior that could be damaging to their health, it’s how these issues are discussed with them that can make all the difference in their attitude toward these things.

Conversely, social media has proven to be beneficial for people of all age groups. Studies have shown that seniors remain more mentally intact by this type of interaction and, when it is not taken overboard, children can benefit by this type of interaction as well. In fact, with the way technology is advancing, careers which also create jobs in marketing and social media will continue to increase which is just another great way to familiarize teens with options like these.

Okay, so back to the original question, what can we do about it?

We can talk to our kids, the old fashioned way. No matter what type of technology develops in the future, the age old practice of family values and discussing potential dangers with our families is one that will never be dated.

What do you think? Do you monitor your children’s social media usage?