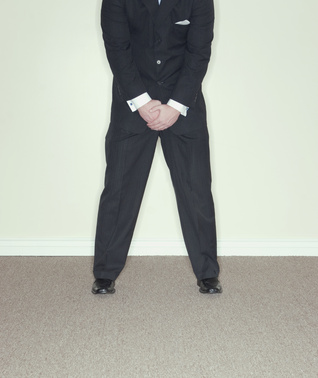 A verdict was finally announced in the trial of the doctor who removed a Kentucky man’s penis during a routine circumcision and many are left wondering just how common penile cancer is and what kind of screening is available so that they do not have to worry about finding themselves in a similar situation.

When Phillip Seaton checked in for a routine circumcision to relieve swelling neither he nor his doctor could have imagined that a cancer diagnosis penile amputation and a full blown media circus were in their future. While many can sympathize with the trauma of waking up to find an intimate part of your anatomy missing it might be that impromptu surgery that saved Phillip Seaton’s life. Perhaps the biggest question is why wasn’t this cancer diagnosed sooner?

Though rare in the U.S. the American Cancer Society estimates that 320 men will die this year from penile carcinoma and another 1,360 cases will be diagnosed. Doctors often times find treating this type of cancer difficult as in about half of the cases treatment is delayed due reluctance, whether out of fear or embarrassment, to consult with a doctor. This delay can allow localized cancer to spread and ultimately lead to partial or complete amputation.

Men who are circumcised shortly after birth seem to have a much lower chance of getting penile cancer. Having the foreskin removed later in life however does not reduce the risk possibly because it is related to other risk factors.

Irritation or inflammation caused by the buildup of secretions called smegma under the foreskin can lead to an increase in risk of cancer. A condition called Phimosis is very common among men who develop penile cancer; both conditions can be prevented with thorough and frequent cleaning with the foreskin retracted.

HPV infection is found in nearly half of all cases of penile cancer. While most of the time the body can fight off an HPV infection occasionally the infection will become chronic and this can eventually lead to certain types of cancer including penile caner.

Smoking, especially when combined with HPV infection can increase the risk of penile cancer.

The risk of developing penile cancer increases with age. About 80% of cases occur in men over the age of 55.

The earlier penile cancer is diagnosed the better chance that it can treated without damage to the penis. Because it is a cancer that affects the skin there are noticeable symptoms in the early stages of the disease. If any kind of visible growth or abnormality appears a doctor should be consulted right away, even if it is not cancer treatment may be necessary. Unfortunately, too many men avoid going to their doctor out of fear or embarrassment allowing the cancer a chance to spread which can ultimately require life saving amputations as in the case of Phillip Seaton