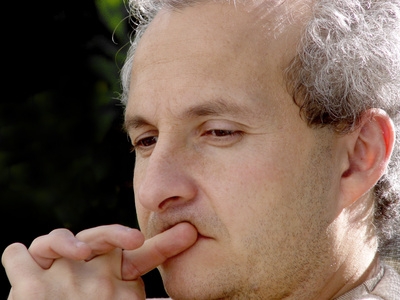 Preventative screening is just one of those things that most of us have come to associate with proper health care management practices…in fact, ordinarily few people question it. When it comes to prostate cancer screening however, many experts now agree that preventative screening may actually cause more harm than good and it doesn’t actually seem to save lives.

A 20-year study recently concluded  in Sweden, answering the complicated question, “is prostate cancer screening really necessary?” The researchers followed  9,026 men in their 50s, 60s and 70s (that is when the study began in 1987). Throughout the years between 1987-1996, roughly 1,500 men were chosen at random to be given a digital rectum exam and alsoantigen testing which was specific to the prostate and…the results may surprise you!

Following 20 years of close monitoring, there was not a significant difference in the death rate in the screening group and the unmonitored group. Interestingly enough, researchers are beginning to notice that many people who are treated for prostate cancer in the “early stages” turn out to not actually have prostate cancer at all. To explain this further, the typical test that is used for detection is called the prostate specific antigen (PSA) test. According to a BBC article however, “15% of men with normal PSA levels will have prostate cancer and two-thirds of men with high levels of PSA do not in face have prostate cancer.” This basically throws most of what we know right out the window when it comes to prostate cancer detection.

As also mentioned int he same article, another unrelated study discovered that in order to prevent one prostate cancer death, 1,410 men would need to be screened and 48 would need to be treated.

Currently in the United States, there is no standard routine for testing for prostate cancer, though some doctors will recommend it for high-risk men and men over 50 years of age. Perhaps this study may change some opinions and practices of those in the medical field. The problem is that while some screenings may in fact detect cancer, in some men this type of cancer may not pose the largest danger, especially in older men. When these men are treated however, radiation and other therapies can lead to a faster overall deterioration.

Nearly 10 years ago now, the American Cancer Society stopped recommended this type of routine screening and also worked to stress the importance of discussing the risks of screening with patients who opted in to the procedure. On the other hand, men who are displaying symptoms similar to the signs of prostate cancer should still be screened. Once cancer begins showing symptoms, it’s often time for a treatment team to step in.

These symptoms may include:

Unfortunately, there really are no early warning signs and perhaps that’s why many once believed early screening to be the best way to combat the cancer. With the conclusion of each new study however, it becomes more clear that this may be one situation where careful monitoring can actually make the situation worse.

What do you think? Do you still receive routine prostate cancer screenings?