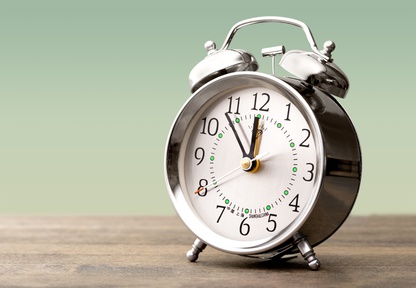 Most of us feel a little thrown off when we turn the clock ahead or back as a result of daylight savings time, but new research shows there may be something else to keep an eye on when we switch the clocks this year on Sunday, March 13th.

It’s no surprise that when we change the clock, we disrupt our normal sleep patterns – even if only slightly. This period of transition however is believed to increase a common type of stroke called ischemic stroke.

The American Heart Association claims that the ischemic stroke accounts for about 87% of all stroke cases.

Study researcher Ruuskanen and his team looked over the data from an entire decade of stroke cases in Finland. Upon closer examination of the more than 3,000 people who were hospitalized the week after daylight savings time the rate of stroke increased in nearly 12,000 patients who entered the hospital either two weeks before or two weeks after that week.

After studying the data further, researchers discovered an 8% higher risk of stroke during the two days following the daylight savings time adjustment. After those first two days, however, the risk is no higher.

Specific people are at a higher risk, mainly cancer patients and those over the age of 65. In fact, the risk is 25% and 20% higher, respectively.

Deaths in the hospital as a result of stroke increase the week after daylight savings as well.