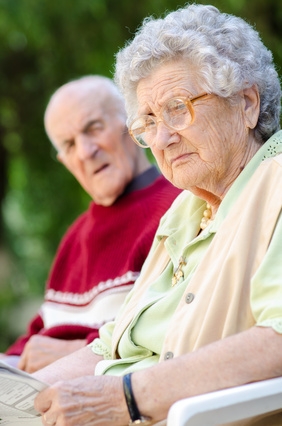 For those with aging family members, few things are as heartbreaking as dealing with dementia. Suddenly the person who once took care of you no longer remembers who you are, becomes lost or confused frequently and relies on you for daily care. You may also be wondering if this is something you will have to face yourself one day. Unfortunately dementia is on the rise and the projections for the next few decades are a bit worrisome for generations to come, in fact, it’s believed cases will triple by 2050.

This figure was released this month in London at the G8 dementia summit.

First off, let’s understand exactly what dementia is. Some commonly believe it is a disease itself but really it is a term that is applied to many different symptoms and conditions. Those experiencing dementia frequently have a decline in memory and other thinking skills. Once it becomes severe, the dementia sufferer may no longer be able to care for themselves.

Sixty to 80% of all dementia cases are linked to Alzheimer’s disease.

As stated in a recent BBC article about the recent projections –

“Currently 38% of cases are in rich countries. But that balance is predicted shift significantly by 2050, with 71% of patients being in poor and middle-income countries.”

While these numbers are upsetting, they highlight the need for further medical research and will perhaps give a bit more incentive for testing and research to continue.

So what can you do to protect yourself? While there are no guarantees, there are ways that you can keep your brain active and healthy and reduce your chances of developing dementia.

On the other hand, what can be done once you or someone you love has been diagnosed?

In another recent study, it was concluded that daily exercise can help dementia patients carry out their daily lives more independently. This information was published in the journal Cochrane Library.

Symptoms and Signs of Dementia

There are several early warning signs that cognitive ability may be slipping away. Here are some of the top symptoms of dementia. In order to be classified as dementia, normally two or more of these symptoms must be present.

Treatments are constantly improving for those suffering from the early stages of dementia. If you or someone you know has any of these symptoms, it’s best to get to the doctor’s office as soon as possible to discuss treatment options.