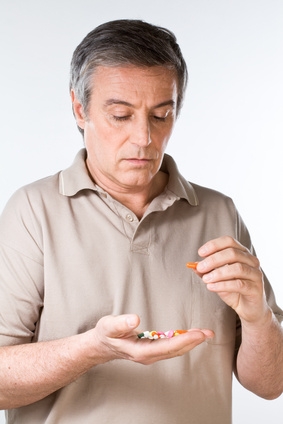 The use of opioid medication is common for those in need of pain management. In general, the treatment is deemed as both effective and safe when not abused.  A new study however has revealed that these type of narcotic medications may make men more likely to experience difficulties in the bedroom. Should this be a factor when deciding on medication? These researchers think men should be aware before they make a choice for treatment.

Erectile dysfunction is a condition that an estimated 75% of all men will experience at one point or another throughout their lifetime. The causes vary and there is not a “cure” but rather several ways to treat it. So how can pain medication have any impact on this?

The new study from the Kaiser Permanente Center for Health Research took a closer look at the information of men taking medication for ED or low testosterone and found they were also the men who were more likely to be taking pain meds for chronic back issues. As this is a new link being drawn between long-term opioid use and ED, the study leader has explained that this is one side effect most men are not aware of – but perhaps they should be. For the study, long-term use is defined as more than 120 days or more than 90 days if there were more than 10 prescriptions written. High doses were defined as the equivalent of 80 milligrams of OxyContin daily or 120 milligrams of morphine.

The information of more than 11,000 men with back pain was gathered by researchers. Of the entire group, slightly over 900 took medication for the ED or testosterone replacement therapy. While there are many other reasons that men may suffer from these two conditions, after factoring for these, it was concluded that men taking painkillers are roughly 50% more likely to suffer from these problems.

Proponents of the study have questioned whether the back pain itself and not the medication use could be causing the problem.

Scientific evidence however suggests the problem may be directly linked to opioid use however, since it is known to lower testosterone levels when used in high doses over time.

While there is additional research that will likely answer the remaining questions raised by the study, researchers are hoping that by bringing this issue to light men will be better equipped to decide whether or not a long-term pain killer regimen is right for them.