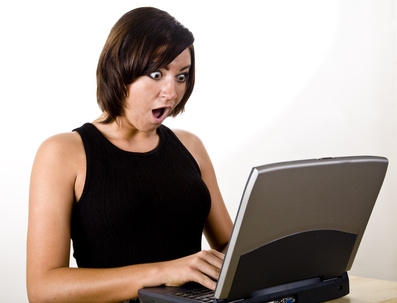 Facebook and other social media channels have blossomed in popularity over the past decade and enthusiasts young and old are hooked.  The latest Facebook story to hit the news, however, may contradict the popular belief that social media use only positively impacts overall health.

If you did not see last week’s news story, an 18-year-old Italian asthmatic man was overwhelmed when he viewed his former love’s Facebook statuses and posts. So much so that doctors believe it spurred multiple asthma attacks. It has long been known that stress can bring on hyperventilation and, as a result, those with asthma may experience attacks or difficulty breathing. In this case, after his ex-girlfriend blocked him as a Facebook friend, the young man came up with an alias so he could still peak into her life without being found out. He experienced several of these attacks when logging into and out of Facebook and seeing what his former flame was up to.

This story gives us a brief look at the other, perhaps darker, side of the social media craze. While it seems to encompass nearly every business and is a buzz phrase in a society obsessed with technology and the Internet, perhaps some of the health effects that may result from social media use are worth taking another look at.

I have written about the benefits of social media use in seniors, where it was discovered that older Facebook and Twitter users remained mentally sharper since they  take part in constant stimulation and contact with loved ones. In comparison, it’s also important to look at the other side of the debate, though it is admittedly tricky to look at the downside for a die-hard social media lover like myself.

Feelings of  jealousy, anger or fear
Cases like this young man’s are perhaps more common then we know. For purely the social benefits of keeping in contact with friends and family, Facebook appears to be beneficial in that way. But what if it connects you with people you would rather leave in your past or those who have opted to leave you in their past much to your chagrin. In these cases, Facebook can trigger feelings of sadness, anxiety and maybe even fear.

Depression due to wasted time
Another recent blog post explored the mental health ramifications of being distracted or letting the mind frequently wander. Perhaps surprisingly, the conclusion was that when the mind frequently wanders, happiness sneaks away too. In this regard, much of the population is probably guilty of turning to Facebook or Twitter in times of boredom or as an avoidance mechanism for having to get involved in thinking deeply about a project or task at hand. This is one known cause for the onset of depression or extreme feelings of sadness and perhaps is one slight danger of overindulging in the social media scene.

Relationship roadblocks
Whether married, dating or interested, when people are given a sneak peek into the lives of a potential mate, the results may not always be so harmonious. Many people report checking up on their significant other via Facebook and Twitter. The impact that this may have on relationships and trust can be catastrophic if one partner feels the other is flirting or engaging in any inappropriate behavior. In the case of those suffering from panic attacks, depression or extreme feelings of jealousy, relationship problems or roadblocks that become fueled through social media can cause further difficulties to overall mental health.

Perhaps the message here is that in order to maintain your overall mental (and in some cases physical ) health, it is important to balance your online relationships with your living and breathing ones. If Facebook and Twitter lead to extreme feelings of anxiety or relationship problems, it may be a good idea to step away from the computer screen for awhile, as difficult as that may be.

Do you think your use of social media is healthy? Have you ever checked up on an ex or current girlfriend/boyfriend? What do you think  qualifies Facebook and Twitter use as unhealthy?