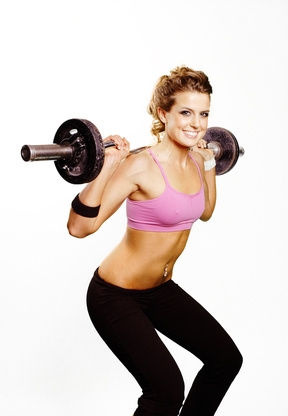 As we step into November, there is much to look forward to in the next few months – turkey dinners, holiday parties and ringing in the New Year. However, there is one villain that puts a damper on the mood for many people every fall and winter – the common cold, for which we are told there is currently no cure. While this simple fact boggles the minds of many, new research shows that perhaps preventative care is the best way to fend off respiratory infections. Those who remain fit, on average, report experiencing fewer sick days due to upper respiratory infections, like the common cold.

The findings of this study offer additional motivation for those on the fence about taking control of their fitness. In fact, during a 12-week period, those who reportedly exercised five days a week had an average of 43 percent fewer days sick with an upper respiratory tract infection than those who only reported exercising once a week. Of those who reported being very fit, the results were similar, resulting in 46 percent fewer days of sickness.

The study was led by David Nieman, a researcher at Appalachian State University in Kannapolis, North Carolina, and his colleagues and the findings were published in the online edition of the British Journal of Sports Medicine.

There are several reasons why exercise may have an impact on fighting off respiratory illness. According to the researchers, exercise can help recirculate natural “killer cells,” or those necessary for a healthy and strong immune system. While the body is exercising, stress hormone  levels do not elevate and it appears that even though the immune system returns back to it’s previous state upon completion of daily exercise, this constant fitness pattern allows the immune system to stay sharp while the exercise program is maintained.

Over the 12 weeks of the study in 2008, 1,002 adults up to the age of 85 were followed by researchers. The participants were separated into two participation groups – fall and winter. Throughout observation, researchers used what is known as the Wisconsin Upper Respiratory Symptom Survey to keep track of the normal effects of the common cold. After having participants rank their current activity levels, they were placed into groups accordingly. Next, all variables were accounted for including things like age, sex, race etc.

The results clearly proved that, in fact, exercise impacts the body’s ability to fend off the common cold. It appears that this result is most noticeable in those who exercise at least five days a week.