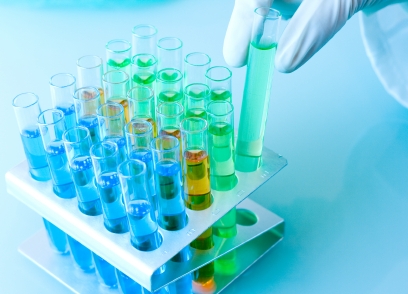 When it comes to stem cells, there aren’t many who are impartial to their use in modern medicine.

If you merely mention this treatment in a room full of people, you are bound to hear some pretty heated debates. Political parties are split on the subject as well, and it seems the whole world is waiting to see the potential benefits and drawbacks of both adult and embryonic stem cell therapies.

This patient had sustained an injury to the spinal cord which resulted in partial paralysis. The patient received the stem cell treatment by having  embryonic stem cells injected directly into the site.

This controversial study is being privately funded by Geron Corp. of Menlo Park, California. Currently the aim of the Phase I part of the study is not necessarily to cure the patients, but to be sure the treatment does not cause any adverse side effects. Eligible study participants must have received a spinal cord injury within 14 days prior to receiving the treatment.

It seems that something which could potentially give people back their mobility and be used to fight genetic disorders would be greeted with open arms. But here is the catch, when embryonic cells are used, they are harvested from the inner cell mass of the blastocyst, which is an embryo in it’s early stage. Most often they are used from fertility treatments. Much like the abortion debate, many varied opinions over when life officially begins have fueled the controversy further. For those who believe that life begins once fertilization has occurred, the idea of sacrificing the early stage embryo for it’s cells is difficult for them to support.

Typically the cells are harvested from the early stage embryo 4 to 5 days after fertilization. Over the last few months the debate has continued to remain in the public eye when a sudden cutoff in federal funding for stem cell research in August left the entire medical world stunned. Now that this has been overturned, research is well underway and additionally, private funding continues to keep researchers going.

For others, cases like 9-year-old Kara Anderson are enough to prove the potential wonders of stem cell therapy. For Kara’s parents, it was  the last hope for their daughter if they wanted to save her rapidly deteriorating mobility due to cerebral palsy. Reportedly, they had been told by doctors in the United States that Kara would soon be completely unable to walk due to her condition. They decided to travel with their daughter to China for an experimental stem cell treatment that, so far, seems to  reveal vast improvements, though the disease is known for having periods of improvement followed by periods of  decline.

She is now able to walk with only one crutch and has far more mobility than doctors originally thought possible.

Speculations have been made about what the future holds for stem cell research, but only time will tell the long-term effects of the treatment and the nation’s ability to cope with both the pressing ethical and medical concerns.