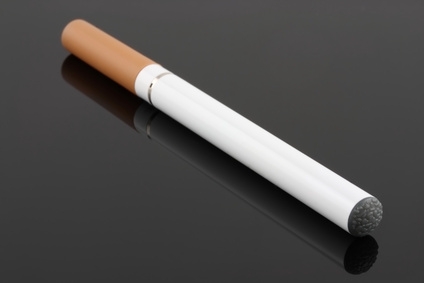 You’ve probably seen ads or articles discussing the relatively new (2006) phenomenon known as  the e-cigarette. It’s smokeless, it looks like the real thing, it contains nicotine but…and here’s the kicker…it’s healthy. At least this is what the product’s marketing claims, but whether or not this is completely true remains a mystery. In response, New York is considering nixing the new phenomenon.

New York state regulators are far from the only group concerned about the safety of these possibly too-good-to-be-true cigarettes. The FDA remains skeptical as they have not examined or evaluated the safety of these items and has issued warning letters to five of the the main distributors for “unsubstantiated claims and poor manufacturing practices,”  as stated on the U.S. Food and Drug Administration site.

The content on the site also goes on to explain that the FDA did conduct “limited laboratory studies” and found that there were some serious flaws in the product’s quality control. For example, in several incidences some cartridges that claimed to have no nicotine actually did have nicotine and even those appropriately marked  contained varying amounts of nicotine.  The FDA lost the battle in court to have electronic cigarettes labeled as a drug delivery product rather than a tobacco product. At least for now.

So where does the idea for a ban in NY come in?

According to a CBS article, health experts see electronic cigarettes as simply a new addiction and one that largely appeals to kids. How is the nation supposed to label these? It may be just another way to actually legally allow kids to smoke. Assemblywoman Linda Rosenthal, a democrat from Manhattan, is fully behind the ban. And while she is smoke free today, she has experience with the smoking industry – after all she was a twenty-year-smoker.

The biggest problem seems to be that no one is sure exactly what is in these cartridges which are used in the e-cigarette and for many politicians and regulators simply hearing that they are “safer than cigarettes,” isn’t good enough.

A surprising number of comments sprouted up in response to the news presented in the CBS article and most of the chatter appeared to be from angry readers who tout the success of quitting smoking with the e-cigarettes. Others seem to have a more conspiracy theorist attitude like “Bob S” comments –

“This is typical for the state of New York, they don’t really want you to quit smoking how are they going to quit spending the cigarette tax money with all of spending habit’s, they use the excuse that smoking is not good for you so they raise the taxes on cigarettes, and when someone comes around with a way to get you to stop smoking they want to ban it, we need new leaders in this state with common sense!”

In fact, as you continue scrolling through the 30 comments, they  all seem to be criticizing this potential ban. Some for personal use reasons, others angered that this “non-issue” is being discussed at all.

According to the article, “powerful lobbies” are involved in discussion regarding how we should categorize these products. If e-cigarettes are indeed treated like a tobacco product and not a medical one, then clinical trials and further testing will be deemed unnecessary, however, if seen as a medical device, action will need to be taken immediately to make sure the product adheres to the strict guidelines for safety.

Is the e-cigarette a simple case of too-good-to-be-true? For now, we will have to wait and see. What do you think?

One FDA approved product that is FDA approved and proven successful is Chantix, the oral non-nicotine medication used for smoking cessation. You can receive a prescription from physicians licensed to prescribe online at KwikMed.com.