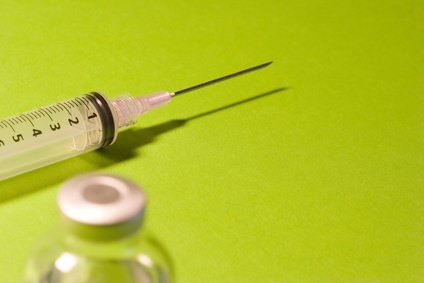 From the first emergence of the HPV (human papillomavirus) vaccine, there has been some debate about who should  get the vaccine and if vaccinating young teen girls is essentially giving the message that we think they are old enough to be having sex. While the breakthrough vaccine  largely lowers the risk of genital warts and many types of cervical cancers, it is recommended by the CDC for girl 9-26 and some have wondered what this may be telling them.

Well, now the vaccine has been approved for boys and men too however,  since HPV has a much lower risk of causing complications in men, the CDC does not yet (or perhaps never will) recommend it for men.

According to a recent TIME article
“Gardasil became available in 2006 and is now recommended by the Centers for Disease Control and Prevention (CDC) for all girls and young women between the ages of 9 and 26. It protects against four strains of HPV: 6 and 11, which cause 90% of genital warts cases, and 16 and 18, which cause 75% of all cervical cancers. Cervical cancer affects some 12,000 women per year.”

Men typically experience no outward signs of long term effects from an HPV infection, however, the biggest health risk is not to themselves necessarily but to the women they may unknowingly pass it too. Many argue this is enough of a reason to have the CDC officially recommend vaccination in these boys.

Gardasil was approved for use in boys and men from the same age range as their female peers and perhaps by seeing to it that more reach out and complete the vaccination series, the most common sexually transmitted disease (HPV) which effects nearly 50% of all sexually active people in their lifetimes could finally begin to see a decrease in the amount of people effective.

However, even getting women to get vaccinated has been no easy task. It may be due to the fact that the shot series is expensive (nearly $400) or that it is a three shot series. According to a study from the University of Maryland, around 1/3 of the women who start the series do not complete it and 3/4 don’t start taking the series at all.

Perhaps if the cost comes down and the awareness level goes up, the rate of women (and now even men) that complete the series will increase, hopefully lowering HPV infection rates along the way!

Would you get your daughter or son vaccinated despite the cost?