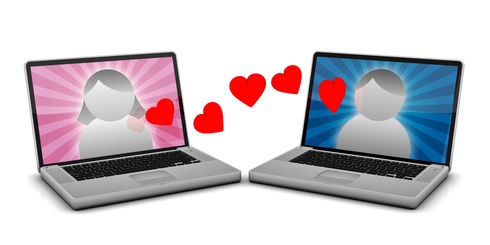 Today with so many different channels available for communication, it’s hard to imagine what else might be possible by the time our children have children. While there are so many positive things I can say about these new forms of communication, I can’t help but wonder what toll this type of rapid-fire communication has taken on the traditional values of courtship.

Back in the day I would imagine young women reading love letters and hanging on every word – somehow it seems more sincere than the sloppy quick text message or email. I’m sure this wasn’t actually the case all of the time but it seems that taking the time to  hand write a letter, get it to a mailbox and then wait for a response requires a bit more of a commitment when choosing the words you are sending carefully. Compare this to sending a quick text…while I fear it may make me sound old…it’s just not the same.

Obviously I realize my ideas about this change in courtship behavior is not totally unique,  so I did some research and have found many interesting articles which help to back up my belief that courtship and dating have changed drastically. Is it a positive change or a negative one? I would love to hear your thoughts, I think it is pretty clear how I feel about it…Here is some information to ponder before you come to a conclusion.

According to a survey from Shape and Men’s Fitness, which included the responses of 1,200 men and women, nearly 80% of women and 58% of men believed that using social media tools when speaking with a “new partner” will result in sex sooner than any other form of communication. My thought is this, why has this become a goal of a new relationship – haven’t we all hear of “good things come to those who wait?”

The survey also found that the majority of communication between then opposite sexes happens via text message. In fact, men reported that they texted their partner 39% more often than they called and women reported texting 150% more often than calling on the phone. Easy come, easy go however. According to the same group, 43% of women and 27% of men said they had been dumped through a text message.

In another somewhat dated, yet still appropriate, study published on the tech site Mashable in 2009, research shows that even once people are in a relationship, the social networking site Facebook can be (in their words) “a relationship buster.” Whether you agree or disagree, here are the reasons that this tech-savvy site suggests this.

*308 college aged students were surveyed.
* They were asked if things that were predetermined to cause jealousy on Facebook applied to them (as the site puts it things like  “How likely are you to monitor your partner’s activities on Facebook? and “How likely are you to become jealous after your partner has added an unknown member of the opposite sex?”).
* The results came down to 4 factors as listed by Mashable – accessibility of information(19.1%), relationship jealousy (16.2%), Facebook as an addiction (10.3%) and lack of context (7.4%). All these factors were fond to spur feelings of jealously resulting in misunderstandings.

Now, just to be fair, there is another aspect to consider when it comes to technology and relationships – the world of online dating. People who are well suited for each other may have never crossed paths in the days before the Internet. Here are some interesting statistics from a 2010 Match.com study.

With all these things considered, some may consider me old fashioned, but while Internet dating, text messages and Facebook lead to more frequent meet-ups and communications, I prefer the old pen and paper love note or a chance meeting any day.

What do you think??