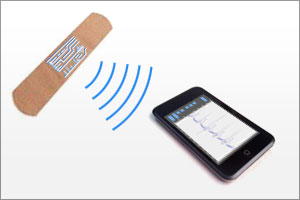 There is some news recently about developing technology for small, low-power networks, made up of low-power, low-cost, and even disposable devices. A “Mobile Body Area Network,” or “MBAN,” will enable radio communication between tiny devices that are very close together. The goal is to be able to connect multiple devices that are on a person’s body, or clothing. The network will move with the person, and not reach beyond their personal space. It has also been called a “Personal Area Network,” or “PAN.” The main application will be medical monitoring with tiny devices, like smart bandages. While the technology and the concept have been in development for years, the initiative was given a boost when it appeared in the FCC National Broadband Plan, which we discussed here last year. This short article has a nice diagram and some more explanation.

Unfortunately, development of the technology has been hindered by some industry forces. Until recently, the technology was opposed by several industries, most notably aerospace, because it will operate in the same radio frequency spectrum that they currently use for testing and avionics. Many companies have lobbied the FCC to block further use of these frequencies, claiming that it could endanger safety and reliability of testing and avionics.

The good news last week is that various players have agreed on a plan that will limit the power and reach of MBANs or PANs, ensuring that they will not interfere with existing technologies. The industry giants that were strongly opposed to MBAN technology have now reached out to the FCC to support it. They are now urging the FCC to approve the technology with the controls and limitations to which they have agreed.

The possibilities are fascinating. Imagine a patient with chronic heart problems, with persistent heart-monitoring needs. Instead of being wired to a large, bedside monitor, the patient could have several adhesive bandages which wirelessly communicate data over their MBAN. Using very low-power radio communications over short distances, they connect to a portable wireless internet device, like an iPhone. This smartphone, or other device, can run several applications, which are monitoring the data, analyzing the situation, and seeking input or intervention from a healthcare provider when necessary. That patient is no longer stuck in a bed or tied to a monitor. They may not even be required to stay in a hospital or their home. The monitoring network moves with them, so they may be able to have a normal freedom of movement, while still being completely monitored.

Like any new technology, several companies are vying to become the market leader, and the “standard.” You are probably familiar with Bluetooth, which is already integrated into nearly all smartphones and other tablet devices. Not surprisingly, this is a front-runner in the race for MBAN technologies. Unfortunately, it uses a lot of power, so there is a low-energy version in the works. Apple has already developed a low-power modification of Bluetooth, which is currently in use with the Nike pedometer, but their system is proprietary to iPhones, iPods, and iPads. Another contender is ANT wireless, which is starting to gain popularity because of its very low power consumption. More info about this can be found in this article.

What do you think about this new technology?