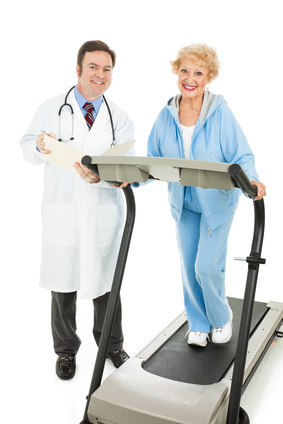 We all have those moments where we cannot remember where we parked, where our sunglasses are, or even what we were about to say.  These little lapses in memory start off innocently enough, but as the years roll on we find that we are having those forgetful moments more often.  We are aware that with age our brain strength diminishes, and short of working on puzzles everyday there seems to be very little we can do about it.  Until now.

Researchers at the University of Pittsburgh, University of Illinois, Rice University and Ohio State created a study, published in the Proceedings of the National Academy of Sciences that linked aerobic exercise to our brain’s hippocampus growth.

“We looked at the hippocampus because we know it’s involved in memory formation,” study researcher Kirk Erickson said, quoted by Fox News.  “It’s one of the first regions to start showing decay in Alzheimer’s disease, and we know from animal studies that it’s modifiable.”

Using a randomized controlled trial, 120 adults aged 55 to 80 were split into two groups.  Half of the group was given the task to walk for 40 minutes three times a week, while the other 60 participants participated in toning workouts that included yoga and weight training.

To test their theory all participants had their brains scanned via MRI before the trial, at six months, and after a year to compare the size of parts of the brain over time.  The results showed that those in the controlled group who did toning exercises actually had their hippocampus size decrease by 1.4%.  Those who were in the aerobic group increased their brain growth by 2%, effectively reversing the effects of age-related memory loss.

So what does this mean?  It means that by simply doing any type of cardio exercise you can stimulate your brain and decrease the effects of memory loss.  This means engaging in walking, running, jazzercise, zumba, and water aerobics a few times a week will not only make your body healthier, but your mind too.

“You can think of this as not maintaining memory, but improving memory in this group – essentially turning back the clock and pushing these individuals back up their own personal trajectory by about two years,” study coauthor Arthur Kramer said, quoted by US News and World Report.  “Although it used to be thought that aging was a one-way street that was going in the wrong direction, we know from our work and other work that that’s not the case.”

Other scientists are energized about the study as well.  Carl Cotman, a neuroscientist at the University of Irvine, spoke with US News and World Report about the significance of this study.

“I think it’s a very exciting contribution to see that walking at a fairly vigorous rate will actually affect a key structure of the brain,” stated Cotman.  “This whole idea that something as simple as exercise can actually benefit the brain and offset some of the changes that occur with normal aging is an emerging frontier – that’s what’s exciting about it.”