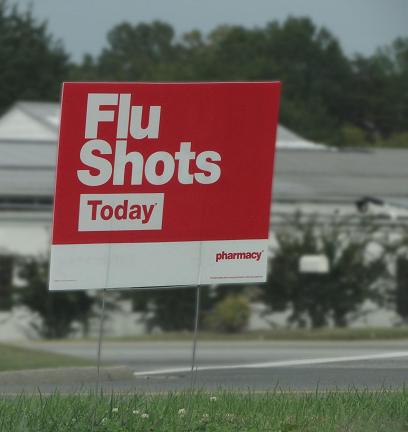 In short, the answer is yes.

Today U.S. health officials urged everyone over the age of 6 months to take advantage of the flu shot. This year we have seen the impact of a particularly deadly strain of H1N1.

The U.S. Centers for Disease Control and Prevention recommended that everyone of the age of 6 months (pregnant women included) should get the vaccine, which is 62% effective in fighting of the flu.

Along with this recommendation, other studies were released as well. These showed that based on samples from 122 cities, 61% of all patients admitted for flu-related illness were between the ages of 18 and 64. Compared to years past, this number is much higher. The average previously ranged between 35% and 43%.

The increase in deaths and ICU patient admissions has raised concerns in the healthcare field. While the flu shot is widely available, it’s estimated that only 34% of adults 18 to 64 actually receive it. The rate for those older than 65 however is much higher, hitting 95%. For youngsters between 6 months and 17 years, only about 41% receive the shot.

Many pharmacies even now offer the flu shot and health officials are saying that it is not too late in the season to take advantage of it. While the emphasis is often put on the elderly getting vaccinated, getting the younger population immunized as well can help reduce the spread of the flu.