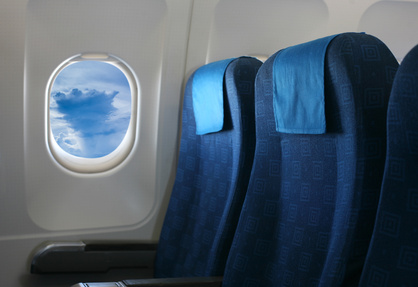 Summertime means lots of travel…and for those of us who have ever been next to someone who has been coughing non-stop on a flight, that means potential exposure to lots of germs. While it may be uncomfortable to sit next to someone who is ill, a recent article by TIME points out that getting sick from other airplane travelers isn’t as common as you might think.

As a time when the Ebola virus is reaching pandemic levels in West Africa, most of us are on high alert when it comes to germs and diseases these days but the CDC has continued to tell us that we are not in danger at the moment. They also gave an example that may put some minds at ease – if there was a person on board a flight who was later determined to have tuberculosis, possible infection would not be likely to spread beyond two rows in either direction.

The article also addresses Ebola specifically. As it stands now, we know that Ebola is not an airborne virus. It’s spread through direct contact with an infected body. This kind of contact is unlikely to happen merely by sitting next to a sick passenger. Of course, it’s not ideal that anybody with Ebola travels outside the country at the moment. The World Health Organization has set pretty strict travel restrictions on those who are suspected of having the virus.

For example, airports in Lagos and Monrovia have begun screening passengers prior to allowing them to board. There are also quarantine CDC areas in international airports where an potentially infected person would be isolated to help prevent the spread of a disease or virus.

The biggest issue that comes from infected people traveling on airplanes is not the risk it posses to other passengers but to the countries and cities they are visiting. This is, after all, how the SARS breakout in Canada occurred in 2003.

For now however, it appears that we aren’t as likely as we think we are to get sick from other passengers…germs and bacteria on the other hand are all over airplanes. Check out another TIME article about the 6 Germiest Places on Planes – you might just be reaching for your hand sanitizer after this one!