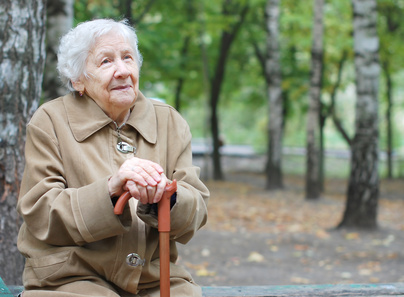 While this may sound like a cruel prank, scientists have begun tripping seniors for research that could be used to help prevent future falls.

Don’t worry, no one is in actual danger of being hurt!

The idea behind the study was to see if researchers could learn more about falls (a problem largely effecting the senior community) and how to prevent them from happening. The goal is to create a specialized type of treadmill that can be used in offices to help teach the elderly to regain their balance and not fall.

The current methods for preventing fall risk in the elderly include improving range of motion and building strength. While this is certainly helpful, the idea behind the new study may add yet another important method – subconscious learning.

The study involved an 81-year-old woman who had sensors taped to her arms and legs and was also attached to an overhead harness so that she would not actually fall. She then walked on controlled walkway that had sections that would randomly slide and move when the scientists clicked the computer mouse.

In this demonstration, after just 24 trips in one session, she began to catch herself when caught off balance. Researchers found that one session taught participants to catch themselves and reduce falling risk by 50 percent for the next year.

This is just the beginning of more tests like this but with more than $30 billion spent in treatment for elderly falls, this research is very promising and hopeful.