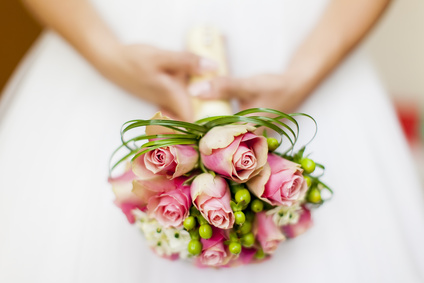 Call it “cold feet” or a “case of nerves” but apparently if you are getting a gut feeling prior to your wedding day, it might be a sign that you are headed for divorce.

While this sounds very doom and gloom, researchers studied a group of 135 newlywed couples over four years and found those who subconsciously felt apprehensive about their partner were more likely to have unhappy marriages. In order to conclude this, researchers had participants sit at a computer and then react to a variety of words. These words were either negative or positive and participants hit a key to categorize each type of word. Prior to being shown the word, a photo of their spouse flashed on the screen for 3/4 of a second. Researchers found that those who were unhappy in their marriages were faster to identify a word that was negative than they were a word that was positive and vice versa.

This is because regardless of our ability to reason or rationalize, our subconscious can’t be fooled.

After checking back with the couples four years later, those who took longer to respond to the positive words were generally less satisfied in their marriages.

Along the same lines, other studies have shown that those who had a case of cold feet prior to marriage were also more likely to divorce years later. So what does this mean if you apprehensive about marriage? Well, if you are having second thoughts, it’s wise to pay attention to them and to listen to that inner voice in your head before getting married.