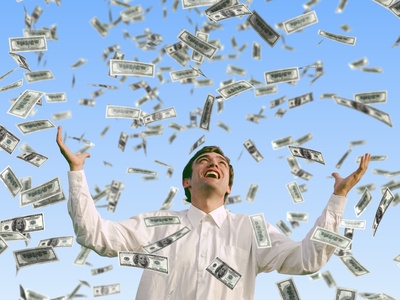 The Beatles may have had it right when they topped the charts with their ever-popular tune “Can’t buy me love,” but is there a price tag on happiness? New research suggests that happiness does come at a cost…at least to a certain degree.

A study published this week in the  Proceedings of the National Academy of Sciences suggest that those who are the  happiest with their lives, on average, make at least $75, 000 a year.

Recently, the 2008-2009  Gallup-Healthways Well-Being Index surveys of 450,000  Americans were reviewed by Deaton and Daniel Kahneman and his colleagues of Princeton University. These surveys included questions regarding day-to-day happiness as well as overall satisfaction with life in general. The result – happiness appeared to increase with income up to $75, 000 and then apparently hit a plateau. People who made more than that did not report any drastic change in feelings of contentment and happiness at a higher income level. Some may feel more accomplished or fulfilled in their jobs when receiving a sizable raise or promotion, but often this has more to do with career goals and personal aspirations than with the money itself.

In the economic slump of the last few years, it simply makes sense that those hit the hardest have more reason for unhappiness. The cost of providing for a family and the general decrease in salary and job benefits makes it hard for some to hit that supposed “happiness mark.” However, the amount of happiness people experience is hard to measure exactly. According to statements made by one of the researchers, the level of contentment seems to be greater in people in this income bracket. But day-to-day happiness doesn’t really seem to improve with additional money coming in.

Researchers also suggest other reasons for unhappiness in those who have a lower overall income. Those who do not have the money to be extravagant are overwhelmed with evidence of those who do in their daily lives, further feeding feelings of inadequacy and discontent. From media, to designer clothes and flashy cars, for those struggling to make ends meet these things are everywhere and can be really frustrating.

Along these same lines, another interesting study released this month suggested a rather different correlation between money and happiness – with an outcome that many may find to be surprising.

People who buy cheap designer knock-offs to give the impression of being able to afford these expensive bits of luxury inadvertently begin to compromise values in other aspects of their lives according to research.

Francesca Gino of the University of North Carolina at Chapel Hill, Michael I. Norton of Harvard Business School and Dan Ariely of Duke University are scientists who have been exploring the psychological effects of “faking it” in the designer world.

In one experiment, the scientists had a large group of women wear expensive Chloé sunglasses. These were the real deal, expensive sunglasses but there was a catch. Half the women believed they were wearing inexpensive copycat designer knockoffs. All the women were then put through a series of tests and presented with opportunities to grade themselves on the “honor system.” For every right answer they reported, they would receive a monetary reward.

Of the women wearing what they believed to be knockoff glasses, 70% lied, taking money for answers that they lied about getting right. From the group of women who knew they were wearing the authentic glasses, only 30% lied. Scientists concluded that the idea of the fake designer shades was the main reason for the dishonesty.

When it comes to happiness and it’s direct coloration between wealth, or even the appearance of having wealth,  it’s hard to identify that magic number that will immediately grant happiness to the beholder. As we all know, happiness comes from more than just material things. But then again, for many Americans right now, there is also something to be said for having the financial freedom to no longer worry how to pay the bills each month… and to even indulge in those real designer glasses every now and again.