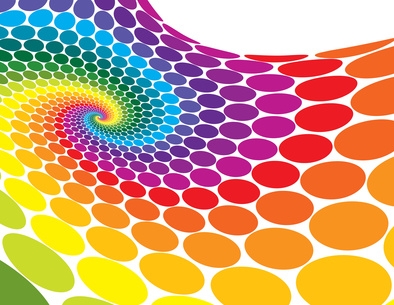 So perhaps this isn’t the normal response you  hear if you are a police officer, but the findings of some recent research suggests that perhaps psychedelics and other assorted illegal drugs may have a place in the future of the medical industry.

In the past several months, various studies have been released that many may find surprising. Take the recent Nature Reviews Neuroscience analysis for example.  A team of researchers at Zurich’s University Hospital of Psychiatry evaluated the rumored benefits of psychedelic drug use on mental well being,  only to find that for some patients struggling with extreme depression, there may be some merit to these beliefs.

Currently many of these drugs are illegal in the United States, but often doctors are allowed to test certain drugs for research purposes in patients where nothing else seems to be helping.

Further research has also been published lately suggesting the benefits of MDMA, commonly known as ecstasy. For those experiencing post traumatic stress disorder, MDMA treatment has been linked to decreased levels of stress and anxiety and improvement in overall mental well being.

Earlier this week, a study conducted by Canadian researchers showed a direct correlation between marijuana usage and a decrease in chronic pain levels. A three month study followed 23 patients, who researchers tested the effects of three different strengths of marijuana on, along with one placebo. The patients given marijuana with the highest levels of tetrahydrocannabinol (THC) reported the greatest amount of relief from pain.

California has faced a lot of controversy since legalizing medical marijuana prescriptions throughout the state since a senate bill was passed in 1996. The bill is ironically called SB 420, which is a number regarded as “pot smoking time” by many in the drug culture since it is the code police officers use when referring to marijuana possession. Currently, conditions like anxiety or chronic pain can warrant a doctor prescribing medical marijuana, which has raised ethical questions amongst those opposed to the plants legalization. When medical marijuana vending machines were introduced, many eyebrows were raised. And for those who don’t like to smoke? Well there are candies, cakes and brownies too. Despite the controversy, many report that they receive relief they could not otherwise achieve if they were not allowed a medical marijuana prescription.

As the war over medicinal marijuana use continues to reach its highs and lows, yet another rather aggressive step forward has been taken by prescription advocates.  The very first commercial advocating its use by “CannaCare”  aired in Sacramento on a Fox News affiliate channel this week.

With this recent public exposure, more controversy is sure to erupt.  While it is legal to prescribe under California state law, Federally marijuana use and distribution remains illegal. No one can say for sure where the future will lead when it comes to psychedelics  and marijuana becoming federally accepted as normal treatment for a variety of disorders, but as more studies surface, perhaps these ideas will have a bit more merit in the years to come.