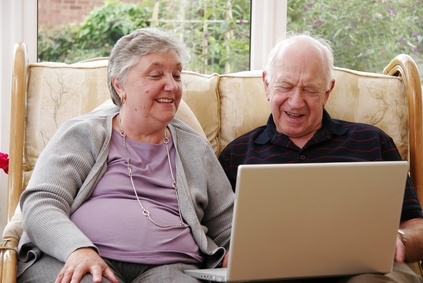 Many believe that social media is reaching only a young target audience. New information provided by Pew Internet & American Life Project, however, reveals that older adults are increasing their social media use more and more each year. In fact, the information gathered by Pew reveals that nearly half (47%) of Internet users ages 50-64 and one in four (26%) users age 65 and older now use social networking sites.

So what does this have to do with saving the U.S. money?

According to a 2009 study, the improved mental well being that comes with regular Internet usage in the elderly can actually lower the amount the U.S. spends each year to treat depression. The study employed 7,000 older retired people to evaluate the impact frequent Internet usage had on their mood and mental state using the eight-point depression scale developed by the Center for Epidemiologic Studies. The result – there was a 20% reduction in depression, a mental condition the U.S. reportedly spends $100 billion to treat each year.

Perhaps the evidence of this was best seen with the case of the English woman who had the attention of Twitter users worldwide with her tweets of afternoon teas and daily tidbits of her life. Ivy Bean, thought to be the world’s oldest Twitter user, passed away at the age of 104, but had remained an active user from her retirement home with nearly 57,000 Twitter followers. She posted daily updates of her activities and expressed her sharp wit and sense of humor to her followers.

Aside from simply keeping connected with friends and relatives, it has long been thought that stimulation and social activity help keep the mind sharp and young. For older social media users like Ivy Bean, social media sites offer the opportunity to remain involved in constant conversation, something that many lack when coming to live in a retirement home.

In comparison,  a study from the Kaiser Family Foundation in 2005 titled e-Health and the Elderly: How Seniors Use the Internet reveals just how quickly Internet usage in older adults has changed over the last five years. In 2005, 70% of Americans ages 50-64 reported having ever used the Internet and only 31% of those 65 and older did. In 2009, the percentage of adults 65 and older who sign in to social networking sites each day was 4%. In 2010, it’s now 13%.

It appears that America’s aging population now has access to constant communication, at the tip of their fingertips, even if they are not easily able to leave their homes. This opens up a whole new world of possibilities.

With the numbers of elderly adults worldwide becoming more and more Internet savvy each year, the opportunity to develop additional health care platforms and additional websites licensed to facilitate the issuing of prescriptions online is here to stay. Many now have the ability to see a physician via live video chat or the software to safely diagnosis certain conditions online. We’ve learned that we have the undivided attention of the age group that needs access to health care the most. What we do with this information is still yet to be seen.