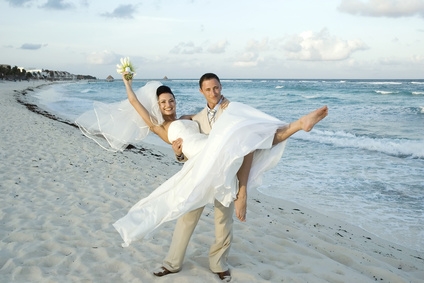 It’s long been thought that as spouses share their years together, they grow more and more alike.

You may recall the similar personalities, interests and mannerisms of your parents, grandparents or friends that have been married for an extended period of time.  A new study, however, says that these similarities existed long before the couple even came to be.

The study was recently published in the August issue of Personality and Individual Differences. Researchers at Michigan State University reviewed the findings of information gathered by the Minnesota Center for Twin and Family Research. In order to better understand whether couples truly begin to grow alike with age, they went straight to the source by looking at the behaviors of 1, 296 couples.

Many different aspects of personality were studied in both husband and wife including aggression, optimism, pessimism,  response to stress and ambition. The conclusion: these were already predetermined parts of the each person’s personality before they were married. In other words, the length of time a couple is together has no bearing on the similarities each partner displays, according to the study. In fact,  these similarities may have even been part of the “spark” that drew them together in the first place.

The only exception to these personality traits appears to be aggression. If one member of the marriage is aggressive towards the other continuously, it stands to reason that the other may become increasingly aggressive in response.

So what does this mean for couples? Perhaps on an unconscious level we are continually drawn to the things that are similar to us.

It’s become more popular over the past decade for singles of all ages to turn to online dating websites to find the perfect match. While some turn up their noses to the idea, perhaps matching people instantly based on compatibility isn’t so far fetched.

Here is what they found:

Perhaps this new study can give singles some insight into what  they should be looking for in a mate…and if you want to give online dating a go, now you know the top cities to give it a shot.