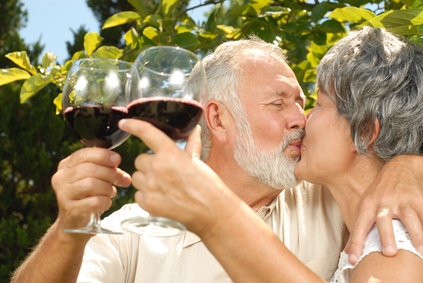 There are many things that are naturally associated with aging. Intimacy is one area where many older Americans face difficulties, but it doesn’t have to be that way.

A new study has found that for those struggling with diabetes, the challenges are often more difficult to overcome…but not impossible. In fact, the majority of older adults affected still maintain an active sex life.

The findings of this study were published in the September issue of the journal Diabetes Care. The study consisted of nearly 2,000 participants, ranging in age from 57 to 85 years of age. The average non-diabetic partnered man or woman from this age group is sexually active two to three times per month. The study found that in 70 percent of diabetic men and 62 percent of diabetic women, the average was also two to three times a month for those who had partners.

Just because these averages are the same, however, does not mean the challenges of older diabetics and non-diabetics are. Men with diabetes are more likely to experience erectile dysfunction and women find it more difficult to be sexually satisfied. Many times both partners will experience a decreased interest in sex as a result. The study also revealed that while both sexes are facing difficulties with intimacy, men are far more likely to bring it up with their doctor than women. Nearly 47% of men discussed their sexual problems with a doctor while only 19% of women did the same.

According to a statement made by the study’s lead author Stacy Lindau, MD, associate professor of obstetrics and gynecology and of medicine at the University of Chicago, it is less likely for a diabetic woman to have a partner than a non-diabetic woman. About half of the women in the study did not have partners. Even those who do have partners are more likely to avoid sex than their male partners since they report that it is not as enjoyable for them.

This continues to remain a problem for not only older women, but younger women as well. While there have been countless attempts to recreate a female version of Viagra, all have failed so far.

This study highlights the need for older adults to feel comfortable speaking with their doctors about sexual difficulties. Research has shown that whether young or old, intimacy plays a large role in mental and physical health. With the recent trend in telemedicine, it is now becoming easier for patients to avoid the uncomfortable questioning in the doctors office. With many online prescribing facilitators, men can now answer questions and address sexual concerns from the comfort of their own homes.