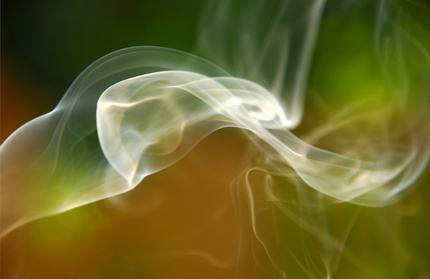 It’s probably happened to you before. You are trying to enjoy your meal when you hear that unmistakable flint on metal sound. Without having any say in the matter, you are stuck smoking someone else’s cigarette.

While many states have outlawed smoking in the majority of public places, secondhand smoke is something that is nearly impossible to eliminate completely.  New studies suggest that it’s more than a mere annoyance. Secondhand smoke posses an even greater risk to your health than you may think.

Researchers at New York-Presbyterian Hospital/Weill Cornell Medical Center recently found that people exposed to secondhand smoke, or those who partake in smoking an occasional cigarette themselves, display changes in their genes. In fact, some of these alterations are the same that are found in full-time smokers.

The study was published Friday, August 20th in the American Journal of Respiratory and Critical Care Medicine.

This landmark research is the first of it’s kind to show that actual biological changes are taking place in the bodies of people exposed to even relatively low amounts of cigarette smoke. The study included 121 volunteers, a mix of smokers and non-smokers. Samples of the cells in their airways along with samples of their urine were then taken. The cells would reveal if any genetic changes had taken place in the airways, while the urine provided a reading of how much nicotine/tobacco was in each persons system.

The findings may be surprising to some, especially to those who even occasionally have a cigarette thinking that it’s not hurting their health at all. The researchers, however, found what they believed to be the truth all along.

The early warning signs of conditions associated with the lungs can be seen first on a cellular level. All 25,000 human genes were looked at to see what ones turned on and off in response to cigarette smoke. Of all these genes, they found 372 genes were active in smokers, but not in non-smokers. The urine sample results then assisted the researchers in separating those who have never smoked (no levels of nicotine in system), from those who occasionally smoke or are exposed to secondhand smoke  (low exposure) and those who are full-time smokers based on what the subjects disclosed along with the levels of nicotine found in the samples.

So what does it mean for a person’s health when these specific genes are activated?

While these levels of airway cellular changes are lower in occasional smokers or even in those who are exposed to secondhand smoke, they are early warning signs of an increased risk for lung disease. It is not yet known how permanent these cellular changes are but it’s thought that many of them may not be reversible.

What we can take from the information is this – there is no “safe” amount of cigarettes a person can smoke. Smoking “only on weekends,” or “only when stressed,” does not lessen the damage that nicotine and the other harmful ingredients in cigarettes can do the body. Being in the mere presence of smokers puts your health at risk as well.