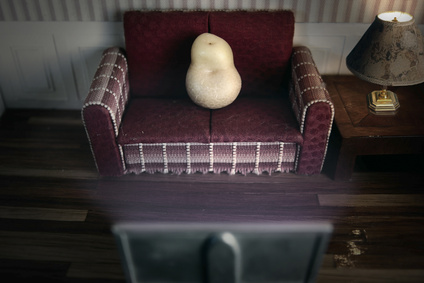 With the average American home receiving over 118 channels, the amount of shows at our fingertips at any time of day is endless.  There are sports channels, news channels, and of course the plethora of stations that are dedicated to “reality” shows.  With the number of disposable shows on the rise the more we are parking ourselves on the couch and indulging in mindless activity of watching television.  Problem?  Sitting yourself in front of the small screen for hours at a time can negatively affect your health.

Researchers at the University College of London surveyed small-screen activity and tracked the health of 4,512 Scottish adults from 2003 to 2007.  According to the new study, published in the Journal of the American College of Cardiology, people who devote more than four hours a day to screen-based entertainment, such as television or video games, are at an increased risk for heart attack by 113% and death by 50% compared to those who watch less than 2 hours a day.

One of the most telling results of the study is that the amount of exercise a person participates in does not mitigate the risk factors when more than four hours of screen-based entertainment is engaged in daily.

“Assuming that leisure-time screen time is a representative indicator of overall sitting, our results lend support to the idea that prolonged sitting is linked to an increased risk for cardiovascular disease and premature mortality,” states lead research author, Emmanuel Stamatakis, by ABC News.  “Doing some exercise every day may not compensate for the damage done during very long periods of screen time.”

“It’s not even about the exercise.  It’s about not sitting,” cardiologist Suzanne Steinbaum, DO, told WebMD.  “I think that sort of points us in a little different direction.  In order for you not to cause harm to yourself, you really need to focus on getting up and moving.”

One of the simplest things that we can do to lower our risk of cardiovascular disease events is to turn off the television and get moving.  To start, the American Heart Association recommends that a person briskly walks at least 30 minutes each day, although truthfully we should be engaging in more physical activity to offset the amount of time we are adapted to sitting.

If you cannot stop watching your shows, at least add a physical element to your viewing time.  Walk on the treadmill as you watch the game, or do some squats during the rose ceremony on the Bachelor.  The more we are moving throughout the day, the less apt we are to incur the negative health risks.