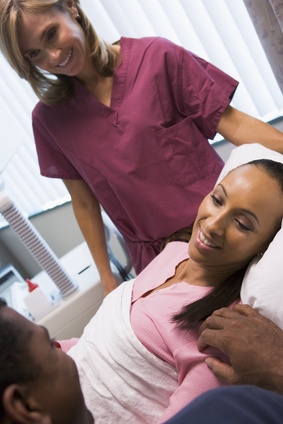 Infertility is an issue that occurs all over the world, affecting couples and potentially destroying relationships. Although there are options for both men and women to help increase their chances of having a child, some people are left with no options at all.

However, research carried out at the Army’s Research and Referral Hospital in India may have given women new hope in their fight against infertility. A team of experts specializing in IVF treatment have developed a new procedure that will allow women to grow eggs in their forearms.

The procedure is aimed at the many thousands of women affected by cancer, who are then left with affected ovaries. The treatments for cancer mean that the healing process can take a few years, by which time their chances of becoming pregnant dwindle.

The new procedure developed in Delhi will now give women a higher chance of beating infertility. Lieutenant General Naresh Kumar of the Army Research and Referral Hospital was quoted as saying: ‘For the first time, in the month of January we will transplant in a female infertile patient her preserved ovarian tissue under the skin in her forearm. This will be done to harvest eggs which will help her to become a mother in the near future.’

The woman in question is a twenty-five year old who has suffered from blood cancer and undergone radiotherapy and chemotherapy. Doctors have kept ovarian tissue for the past nine months and will graft it under the skin in her forearm once her cancer treatment is complete.

IVF specialist Dr Pankaj Talwar explained: ‘Once put in the forearm, the ovarian tissue will be stimulated with hormones and harvested, Once the eggs develop, they will be taken and injected with the husband’s sperm for fertilization in the lab following which embryos will form. This is when the embryos will be placed in the uterus or womb.’

The first type of transplant of its kind to happen in India, Dr Talwar stressed that it would only be successful if the patient were entirely free of cancer and past cancer treatment.

He was quoted: ‘Cancer can be devastating for men and women as its treatment makes them infertile. In this woman’s case, we have cryopreserved her ovarian tissue in our lab before she went for cancer treatment. We tested it to rule out presence of cancer cells. Now that she is completely free of cancer we will, under local anesthesia, implant an ovarian piece beneath the skin in her forearm.’

The technique, called Ovarian Cortex Autograft (OCA), is expected to take up for around four months and Dr Talwar warned that only seven babies had been born through this procedure worldwide.

‘We will consider it successful and know that she has developed the eggs if some days after the transplant, the patient notices a pea-sized lump at the transplant site,’ explained Dr Talwar. ‘We will extract the eggs from the lump and the woman can attain pregnancy through in-vitro fertilization. It will take around three weeks for the ovarian tissue to settle down. The whole cycle starting from putting the ovary into the forearm until egg retrieval and subsequent IVF will take around five months.’

The initial run of the experiment is to happen this month.

This article was written by Martin from the cosmetic dentistry guide, where there is a news resource devoted to the dental niche.