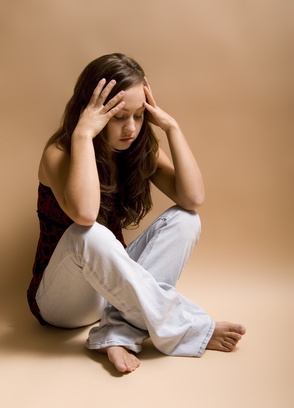 The nation was rocked by the tragedy of the attempted assassination of U.S. Representative Gabrielle Giffords and the murders and injuries of many others on January 8, 2011. In the first few days of what so many hoped would be a great year for the nation, we were faced with a tragedy that shook us to the core. While the families of the the 6 victims who did not survive the brutal attack are still mourning their losses and others continue to fight for recovery, there is yet another family in shock and pain – the Loughner family.

At a time like this, everyone has their own reaction and experiences a broad spectrum of emotions – pain, shock, sadness, empathy… but it may be difficult for the nation to direct these same emotions to the family of the 22-year-old shooter’s family.

If you have raised children yourself, it’s not uncommon to notice vast amounts of angst in the teenage years. If you haven’t, you probably remember the embarrassing moments and moodiness you experienced yourself during those years. In fact, it is what many popular TV shows, reality series and books are based around. While we hear all the stories from Jared’s family and those who knew him in the days when he was kicked out of college or denied the opportunity to serve his country, it’s easy to forget that many of these signs are overlooked by families everyday.It’s always easy to point a finger once the cards are dealt, but had Jared lived with a non-violent mental illness, people would perhaps see things a bit differently.

Unfortunately, parents seem subconsciously prone to think their children could not be capable of being a “demon,” “monster” or “deranged,” as so many are know calling young Jared Loughner and with his recent violent outburst,  it seems hard to say his actions are not worthy of such strong words – now imagine if you were his parents?

In the only public statement from the family so far, they released the following words as quoted by a CNN article.

“There are no words that can possibly express how we feel. We wish that there were, so we could make you feel better. We don’t understand why this happened,” the family said in its statement. “It may not make any difference, but we wish that we could change the heinous events of Saturday. We care very deeply about the victims and their families. We are so very sorry for their loss. Thank you. The Loughner Family”‘

Though family largely shapes the way many of us act in society, there are often unavoidable signs of mental illness that can override even the most balanced of upbringings. Thankfully it’s rare that cases of such grandeur happen, but even if someone appears to be suffering and never acts on it, there are signs you can watch for as a mother, father, sister, brother or friend.

When you look at these warning signs, perhaps you may better understand why often parents and even close friends may not know that these signs could ever be indicators of someone who is about to unleash gunfire on an unsuspecting crowd on a sunny Tucson day. Perhaps one thing we can take from this is the need to reach out to those who are struggling. For parents to take a closer look at their children and for those as a society to drop the heavy stigma surrounding mental illness. We would not be afraid to tell someone if we thought they should go to the doctor because of a physical problem, hopefully we can soon find this same level of comfort in recommending mental health care to those who are suffering as well.