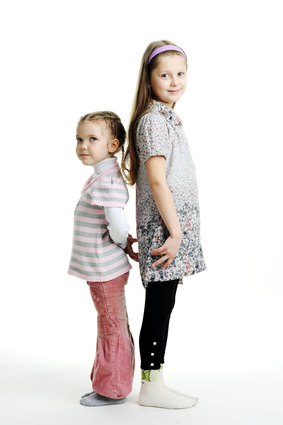 In a study released Wednesday in Lancet Oncology, British researchers announced that they have discovered a link between height and cancer risk. After conducting a study on over 1 million women it was revealed that for every additional 4 inches of height the risk of cancer goes up 16%.

While this isn’t the first study that has shown a link between height and cancer risk it is the first to look at several different cancers and to take into considerations differences in economic backgrounds and lifestyles. Out of the 17 types of cancer studied height was a relevant risk factor in 10, not only does cancer risk in general go up but so did the risk of breast cancer, skin cancer, leukemia and colon cancer just to name a few. These results held true even after factors like diet and smoking were taken into consideration.

The test was conducted in England on 1.3 middle-aged British women from 1996-2001 but researchers believe that the statistics will remain the same for men as well. The average height of a woman in the U.S. is 5-foot-3, this height continues to grow by almost half an inch a decade. Because the population continues to grow taller it could explain the greater increase in cancer cases.

It’s not all bad news for the tall nor do those of smaller stature get a pass. Researchers are warning that these findings should not cause anyone to change their behavior; women should still get regular cancer screenings regardless of their height. Overall the cancer risk remains very small and taller people still tend to still be overall healthier and they have a lower risk of heart disease which kills more Americans each year than cancer.

A person’s height is determined by many factors; heredity, nutrition, environment, and the researchers behind this study say that it provides them clues as to how early life factors relate to cancer development. As lead researcher Jane Green stated “Because height is linked to a wide range of cancers in a wide range of people, it may give us a clue to basic common mechanisms of cancer.”