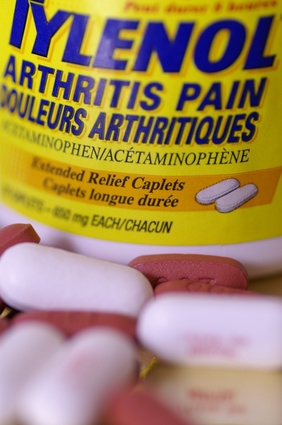 A new study revealed that while Tylenol is generally deemed as safe for day to day use, it’s affect on the mind may be something that many of us are unaware of – the ability to alter moral judgement…but not in a particularly negative way. In fact, it may help alleviate the severity of fear of death and anxiety caused by fear of the unknown.

Acetaminophen is commonly recommended for pain relief of many sorts (commonly headaches) and unlike other medications, it’s non habit forming and doesn’t obstruct that ability to drive a vehicle or go to work. Hence why it is such a highly relied on pain reliever. But the affect on the brain may still be present, though it’s not as easy to detect as it is in people taking a more concentrated pain killer like Vicodin for example.

The thought process here is a bit challenging to follow but the root of it is that distress stemming from physical pain and distress coming from thoughts or social fears affect the same area in the brain. When that area is treated to help eliminate physical pain, the thoughts coming from this portion may be impacted as well. So essentially, a headache and fear of death may be located in the same area of the brain.

In this particular study from the University of British Columbia, the moral judgement appeared to be blunted in subjects who were given two extra strength Tylenol and were then asked questions meant to evoke feelings of anxiety, moral right and wrong and general focused questions. Those taking Tylenol were less stressed after being faced with conversations regarding death and uncertainty than those taking the placebo. This suggests that the Tylenol helped numb the moral/societal anxiety often stirred up by thoughts or discussions of death.

While this study was quite small in size, it’s raised a potential new use for Tylenol as an anxiety reducer for “thoughts of existential uncertainty and death.”