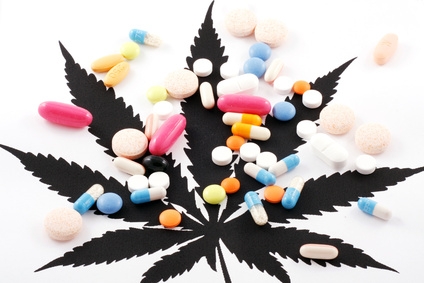 While checking the latest health headlines today, I came across an interesting blog post in the New York Times which told the story of an older woman with a medical marijuana prescription in Rhode Island. She currenlty uses cannabis oil in a mixture of apple sauce to sooth her chronic back pain enough to allow her to sleep. She worries about what might happen when she is no longer able to care for herself. Will a nursing home still honor her prescription? If they won’t, she would not elect to go into one.

There are many stories like this sprouting up all over the country. While the majority of the United States still will not pass laws allowing medical marijuana prescriptions, there are some who have been able to prove the benefits of the plants use for pain relief and even to relieve anxiety. In fact, currently there are 14 states and the District of Columbia, that have passed medical marijuana laws and 8 more that may pass over the next year.  Arizona is one of the states which will be taking a closer look at passing a law permitting it’s use on November 2nd 2010.

In Arizona’s ballot measure, there is a provision for the medical use of marijuana in assisted living and nursing home environments which, if passed, will allow these centers to place “reasonable restrictions” on it’s use. This may mean designating a certain area for it’s usage or having seniors with prescriptions consume edibles (like brownies containing marijuana for example) rather than smoking the substance.

The main problem that medical marijuana use has faced all along continues to pose a very difficult and delicate situation for many nursing home and assisted living centers. Just because a state law passes and makes the prescription legal in that state doesn’t technically make it legal. Federal law regards this idea of “legal marijuana” as highly questionable. In fact, federal law does not acknowledge that there is any medical benefit to marijuana consumption and therefore deems it explicitly as an illegal recreational drug.  Since federal law trumps state law without a second thought, this leaves businesses that assist the senior population in a rather sticky spot. Technically when patients use their prescription, they are breaking federal law even though technically they are not breaking state law.

Many of the existing prescription holders are now beginning to age and nursing homes around the country are in the middle of making some difficult decisions.

Currently medical marijuana is prescribed most commonly in the aging population to help those suffering from Alzheimer’s, chronic pain and sleeping problems. Studies have also found that it may prove useful for easing the pain caused by cancer treatments, HIV and perhaps even multiple sclerosis.

For many, the thought of medical marijuana usage in the aging population may not have been the demographic they expected to see seeking prescriptions. Many have debated that these prescriptions are simply being abused by the younger generation looking for a “legal high,” but for those with serious and chronic pain, especially seniors, it’s use may be able to keep them independent and self sufficient for longer when the pain is under control.

While the battle continues between states and feds over medical cannabis, many of it’s elderly prescription holders are left hanging somewhere in the mix. It seems that more conclusive decisions may come as additional states pass laws for medical marijuana use, but until then it’s simply a “wait and see” situation.

I’m curious, what are your thoughts on medical marijuana and it’s use in nursing homes and assisted living centers?