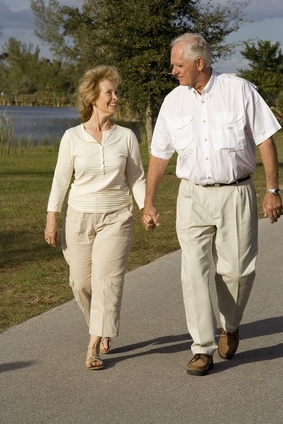 A new study proves that perhaps there is something to be said for the term “jogging one’s memory.” When it comes to keeping the mind sharp throughout all stages of life, new evidence proves that exercise can help achieve just that.

Kirk I. Erickson, an assistant professor of psychology at the University of Pittsburgh, lead the study which was published as a report, supported by the U.S. National Institute on Aging, earlier this month in the online version of Neurology. While many have been searching for a medical treatment or drug to ward off the unwanted effects of aging on the brain, this new information suggests that walking 6 to 9 miles a week may help keep memory intact.

Memory loss comes largely from the natural tendency of the brain to shrink over time. Now, it is believed that by remaining active as long as possible it may take longer for this effect to take place since gray matter will remain healthier for longer.

The Study
For Erickson and his colleagues, the study began in 1989 when they first started tracking the cognitive patterns of 300 adults, with an average age of 78. The gender of the study participants was made up of nearly two-thirds women. After measuring the participants thought patterns, they also took note of how many blocks each person reported walking in a week.

The next step in the study required MRI scans to measure brain size 9 years later. While all who were tested were found to have normal cognitive abilities during this test, 4 years later nearly 1/3 now showed signs of mild dementia.

The Findings
When researchers compared the activity patterns of those who developed dementia to those who appeared to have retained normal cognitive ability there was one variable which seemed to stand out – exercise patterns. While the correlation between exercise and prolonged healthy cognitive ability was slight, it was enough to suggest that there is, in fact, some benefit on memory retention.

The impact of this type of information on future generations and today’s aging population is substantial. Researchers believe that those who do remain psychically active retain  more gray matter tissue and as a result, they will continue to retain this healthy gray matter into the next decade or perhaps even longer.

So how did researchers come up with this magic 6 to 9 mile range for optimal cognitive ability? When looking at the study participants, it was discovered that those who walked somewhere between these two distances remained in the best mental health, but in order to reap the benefits long-term, the exercise must continue. Walking more than 9 miles appears to have no more benefit on brain activity.  The study’s researchers believe this is because the areas of the brain can only become so large, once it reaches optimal size, exercising more will not result in any significant impact on memory.

Memory benefits aside, countless studies have shown that exercise at nearly any age, young or old, has many advantages. Some are more obvious, like the ability to retain strength and mobility, while other benefits you may not even realize are occurring. The endorphins released during exercise have been found to have a notable influence on mood and now in light of these recent findings, you may be able to take your best life memories with you longer throughout the years.