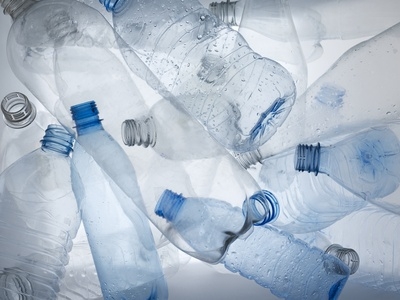 The three little letters “BPA” seem to be popping up left and right in headlines everyday.

Prior to the fairly recent investigations into it’s potential effects on male fertility and sexual performance, not many people even knew it existed. In light of the most recent study, which was published on October 28 in the journal Fertility and Sterility, men and women alike have reason to perhaps take a closer look.

The research involving a five-year observational study of factory workers in China, was funded by the U.S. National Institute of Occupational Health and Safety and was led by Dr. De-Kun Li, a reproductive and perinatal epidemiologist at Kaiser Permanente’s Division of Research in Oakland, California. This breakthrough study is the first of it’s kind to monitor the potential ill effects of BPA ( Bisphenol A) on humans. Past studies have found unfavorable trends in mice thought to be caused by exposure to the chemical.

Over the course of the 5 year period, 218 male factory workers provided urine and semen samples. These men came in contact with BPA on the job frequently and when tested, those with traces of BPA in their urine have three times the risk of lowered sperm concentration and vitality, greater than four times the risk of a decreased sperm count and more than double the risk of lower sperm motility than those with no amount of BPA in their urine, according to Dr. De-kun Li.

While many other variables were taken into consideration to rule out a false result, the researchers concluded that BPA causes a noticeable impact on sperm quality.

So what can we take this to mean for the male population of the United States? Well this seems to be slightly debatable. Studies such as this one have encountered some controversy over the details, largely by companies who produce products containing BPA. They still stand by the belief that the normal encounters people have with BPA are not enough to cause any harm. Many argue that the levels detected in the Chinese workers are far higher than the average.

Controversy aside, researchers suggest that the findings do provide the necessary evidence to prove that American men are being affected as well. In fact, since the beginning of the year the U.S. Food and Drug Association, in conjunction with several other U.S. health agencies, invested $30 million in research to conduct further research on the risk of exposure.

So how do you come in contact with BPA? It’s actually pretty easy to do – it is commonly found in things like food containers and plastic bottles. In light of the many studies revealing potential dangers associated with the chemical, it is fairly easy to now find plastics with a “BPA free” type label on them.

It seems we are just now beginning to fully understand the potential side effects and within the next few years it is likely that even more research will be conducted to answer some of the controversial questions surrounding the existing research.