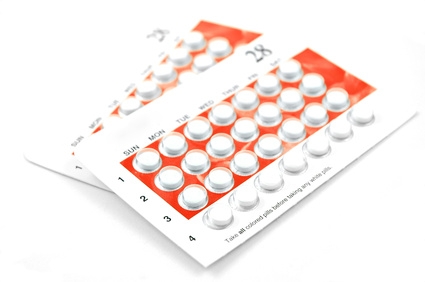 Whether you are pro-life or pro-choice, you have a very clear opinion on your views and values. Those on either side could argue for hours and likely still hold true to their original beliefs at the end of the day. So what if we back up to before sex even occurs, to the regime followed by thousands of women in the U.S. alone – birth control pills.

If you or your partner has ever been on oral contraceptives, you have probably experienced the annoyance of making sure you don’t run out of pill packs or perhaps even messed up your schedule since you could not pick up a new pack in time. The energy that it takes to be diligent about consistency with contraception can be exhausting. All it takes is one slip up and you can end up with an unexpected/unwanted pregnancy.

According to a new study in Obstetrics and Gynecology, the answer to lowering unplanned pregnancies and abortions is to make it easier for women to buy birth control pills in bulk, something a recent TIME article referred to as the “Costco effect.”

Many insurance plans and public assistance programs offer birth control coverage, yet few allow a woman to purchase more than a four month supply at a time. This is likely done  in an attempt for the companies to save money, however according to the results of a new study, making 12 month supplies easier to get could cut down on the long-term cost of pregnancy and abortion. The University of California, San Francisco, researchers looked into this idea further and found a shocking 46% decline in the odds of a woman having an abortion and also a 30% decrease in pregnancy in low – income households for women who received their birth control pills from public programs when they purchased a 12 month supply.

No matter your personal feelings on abortion, both these percentages are pretty substantial. So why is it such a big deal to make the trip to pick up birth control every few months? Well for some it’s merely inconvenient, others  may not have great transportation and let’s face it, any task with multiple steps increases the potential for error. All it takes is one slip up for pregnancy to occur.

California has latched onto this idea and actually has many clinics which now dispense a year’s worth of pills at a time, but the rest of the country has some catching up to do.

According to the TIME article, “1,300 pregnancies and 300 abortions would have been avoided had the 65,000 women in the study who got either one or three packs of pills at a time experienced the same number of pregnancies and abortions as those who got a year’s supply.”

Additionally, the article pointed out the importance of perfect birth control use for pregnancy prevention – “Birth-control pills are the most commonly used method of “reversible contraception” in the United States, according to the study. But their high rate of effectiveness — three pregnancies per 1,000 women in the first year — is contingent upon taking the pills correctly each day. Half of women forget to take at least one pill each cycle, which makes the pills much less reliable: 80 pregnancies per 1,000 women in the first year.”

What do you think about this? Should 12 month supplies of oral contraceptives be easier to get?