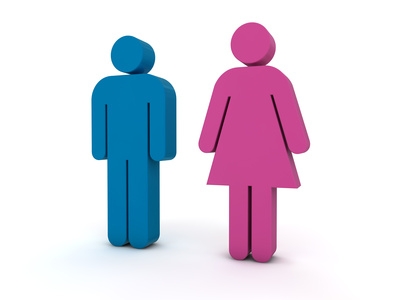 Most of us have laughed from time to time making jokes about “men being animals” or any number of the countless gender-based jesting that goes on day to day. We can’t debate the fact that we are, after all, mammals and therefore are not that different from our four-legged friends in this regard. A new study however shows that fundamentals of finding a potential mate are really not all that different than they are in the animal kingdom.

Scientists and researchers have acknowledged for some time now that men are drawn to women who appear to be the most fertile, with attributes supporting this like larger hips and curves. Women also are drawn to symmetrical male faces and traditional masculine features for the same underlying reason. Now scientists are adding another very mammalian trait to our  sexual attraction – the ability for both men and women to detect (on a subconscious level) the scent of a woman at the point of highest fertility in her monthly cycle. Sound strange? It is, but science backs the notion.

This belief has been mentioned before and studied by many researchers resulting in men showing the most interest in women unknowingly during her most fertile times. This was driven home with a surprising study in 2007 which revealed that exotic dancers made more in tips during ovulation. In 2011, a new study has also confirmed this belief.

The scene was set when men were from Florida State University were brought in to take part in an experiment, however they did not know what for. When they entered the room one-by-one they each saw the same 21-year-old woman, whom they presumed to be another student. Together they worked on a Lego block puzzle. She was unknowingly part of the experiment and made sure that she followed the careful instructions of the researchers – no flirting, no makeup, no perfume, no skimpy clothing – all things which we largely equate with sexual attraction.

Later when the men were asked to rate what level of attraction they had for the woman (who was ovulating, a fact none of them knew at a conscious level), the results were pretty clear and perhaps surprising. Men who were not in a romantic relationship actually rated a higher level of attraction to this woman than those who were in a relationship. Were they worried about being found out? Well according to the NYTimes article reporting this study, the men were assured that their answers were confidential, so this is not likely. It’s believed that they were more concerned with convincing themselves to believe they were not attracted to another woman in order to stay loyal to their own partner, something that is actually also done in nature. Animals inherently are driven by the need to reproduce and on this level there is something to be said for loyalty – and staying around long enough to raise offspring my keeping the partner happy.

As reported in the article, Dr. Maner (worked with study author) stated, “They were trying to convince themselves that she was undesirable. I suspect some men really came to believe what they said. Others might still have felt the undercurrent of their forbidden desire, but I bet just voicing their lack of attraction helped them suppress it.”

Women respond subconsciously to ovulation too by going out to clubs and bars and other social scenes more frequently during this time and even by wearing, tighter more seductive clothing. Ovulating women are also typically viewed by both men and women as more attractive during this time.

Whether the men in this study choose to admit it or not, on some level they were subconsciously affected by this unlikely scent of sexual attraction.