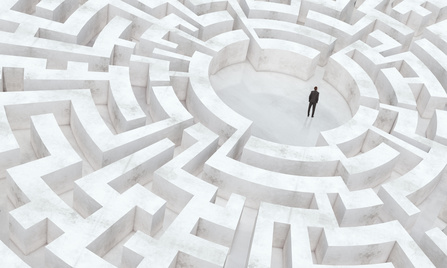 Scary news for those of us who have a difficult time figuring out where to go – this could be a very early sign of Alzheimer’s disease.

New research from a group at Washington University in St. Louis utilized computerized maze navigation to test those both with and without biomarkers for the disease.

The results led researchers to conclude that navigation difficulties do have a tie with disease risk.

Biomarkers for Alzheimer’s can be found by testing the brain and spinal fluids. These biomarkers can predict the development of the plaque that affects the hippocampus and caudate in the brain.

These recent findings could allow health professionals to screen for and detect Alzheimer’s very early on and begin treating patients right away.

The study tested 42 clinically “normal” people with no biomarkers for Alzheimer’s, 13 with markers and 16 people with behavioral symptoms of early Alzheimer’s.

Those with pre-clinical Alzheimer’s did worse than the normal group when it came to the tasks but they were able to overcome their issues and then preformed nearly on par with the normal group.

This could provide us with the incredibly valuable tool of early detection as we continue to move forward in search of a cure for the disease that impacts an estimated 5.4 million Americans.