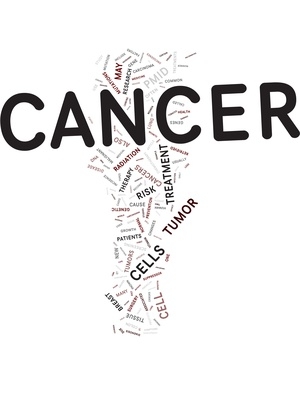 For some time now, scientists have been searching endlessly to find out exactly how cancer spreads through the body. The original understanding (which has been recognized for the last 11 years) resulted from a paper called “The Hallmarks of Cancer,”  as explained in the New York Times article this week. This traditional understanding basically stated that one cell virtually became a tumor by a series of mutations and rapid division. This week however, scientists are now able to add more advanced information to this original research.

It was originally believed that only a small amount of DNA was actually responsible for manipulating cells which then resulted in cancer . In fact, only 2 percent was believed to be responsible for carrying the code that results in enzyme production in addition to making other proteins (and causing cancer in some). The rest (as mentioned in the article) are referred to as “junk” DNA. Now, in light of this recent research, it appears that in this grey “junk” area of DNA there are actually “pseudogenes” which can also be responsible for the onset of cancer.

In addition, we are now beginning to realize that cancer itself also begins from microorganisms, or “protein coding cells” which exist throughout many areas of the body, also leading to certain types of cancers including stomach, colon and esophageal cancer.

So what does this mean for the future of cancer research and treatment? It seems every time we think we understand how cancer spreads in the body, new research gains further insight and cancels out parts of previous theories. The good news is that the more scientists learn about how this disease spreads, the more new treatments can be designed to slow or eventually stop these cells from spreading throughout the body.

In a similar article published by the Huffington Post, another important part of recent cancer research is explained. Essentially, researchers are learning that cancer cells can actually squeeze their way out of the tumor, therefore spreading the deadly cells to other parts of the body. The reason for this is that a certain protein (called JAK) is switched on in cancerous cells and gives them the ability to contract (similar to how a muscle would), which allows them to move in ways that they wouldn’t ordinarily be able to move.

This protein is not a  newly discovered one, however,  since it has been previously tied to impacting the development of leukemia, and has resulted in medications that are used to suppress JAK. Now, however, researchers are finding that the protein plays and even bigger role in the ability of cancer cells to travel.  It is believed that this new information may help medical professionals use additional JAK suppressing medications to further prevent these damages cells from traveling.

While there are an ever growing amount of cancer treatments performed each day and each year, with more studies and findings like these, we can continue to find new ways to wage war against cancer.