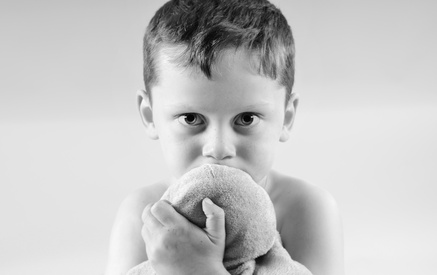 Researchers have discovered that an infant’s chance of developing an autism spectrum disorder, when they have an older sibling diagnosed with autism or a related disorder is much higher than previously thought.

Autism spectrum disorder, a term used to categorize autism and other disorders that share similar characteristics, is a developmental disability that affects a child’s ability to communicate, interact socially and process information. According to the CDC autism spectrum disorders currently affect approximately 1 in 110 children here in the U.S. Up until now it was believed that when an older sibling was diagnosed with an autism spectrum disorder a younger sibling would have a 3-14% chance of being diagnosed as well but a new study released in the journal Pediatrics reveals that the chances are closer to 19% or 1 in 5 children. There are also some further risk factors that researchers took into consideration. Younger male siblings have a much greater risk of autism about 1 in 4 compared to 1 in 5 and for infants with two or more siblings with autism or related disorders that number goes up to 1 in 3.

To conduct this study, researchers followed the Baby Siblings Research Consortium, a group of 664 infants in the U.S. and Canada that all have one or more older siblings that were diagnosed with autism spectrum disorder. Each child was followed from the age of 8 months to 3 years old and given regular evaluation. Once each child reached three years of age they were either diagnosed with an autism spectrum disorder or cleared. What the researchers found was that 132 children had an autism spectrum disorder, 41% had autism while the other 59% had a related condition such as Asperger syndrome or Pervasive Developmental Disorder. This is one of the most accurate and unbiased studies to date on the affect of siblings on autism risk as researches had a large group of infants that were both ethnically and geographically diverse that they were able to evaluate as they developed rather than having to look back at family histories.

Researchers hope that the results of this study will increase awareness for children in high risk groups for developing autism spectrum disorder. Not only will this information help parents detect autism earlier but they can take these risks into account when making family planning decisions. Screening should begin by 6 months of age; while there is no cure for autism early intervention can help children lead more normal lives. Early enrollment in intervention services such as behavioral therapy can greatly improve a child’s chance of learning important developmental skills such as interacting with others, walking and talking.