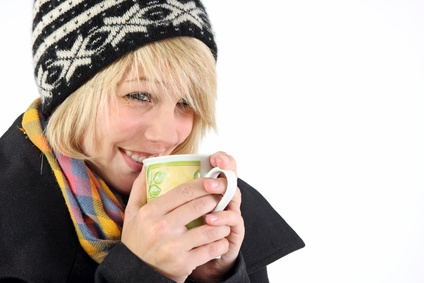 One of the most difficult moments in any smoker’s life is taking that first step towards kicking the habit.

I made the journey myself this August and while I admit is was difficult, it was not nearly as bad as I expected.

Choosing to live smoke free is not only better for your own body, but for all those around you. I heard horror stories of smokers who had tried to quit but claimed it was just too difficult and therefore resorted back to smoking. It was like hearing ghost stories the night before Halloween. I was all worked up and already expecting failure before I even stubbed out my last cigarette.

After being through the experience, I think that saying “it’s just too hard” is really a crutch for many who are not yet sure they want to quit. A new study actually seems to support my thoughts on this, showing that those who quit smoking are typically happier than they were as a smoker.

With the New Year less than a month away, it’s time to reflect on 2010 and make plans for 2011. If quitting smoking is once again on your list, this recent report published in a November online edition of  Nicotine & Tobacco Research may be the encouragement you have been looking for to quit for good.

It has been widely believed that terrible depression, anxiety and other unfavorable mood swings are just a part of the quitting process. Christopher W. Kahler, PhD, of the Center for Alcohol and Addiction Studies, Brown University, Providence, Rhode Island and his colleagues, however, came to a different conclusion.

In order to test this rather complex issue, the researchers observed the depressive symptoms of a group of 236 people who were going through the quitting process. Each person was observed 1 week before the quit date, 2, 8, 16 and 24 weeks after quitting. Of all the subjects studied, 99 never stopped smoking, 44 were only able to stop up to the 2-week assessment, 33 remained smoke-free at both the 2 week and 8 week assessment and 33 refrained from smoking for the entire study.

Those who successfully remained cigarette-free throughout the period had far lower levels of depressive symptoms. Those who remained smokers the entire time had the highest levels of depressive symptoms and those who returned to smoking after a period of quitting, resumed higher depressive levels upon returning to the habit. Of all the situations, those who continued to flip flop between smoking and quitting had the highest incidence of depression, even higher than those who tried to quit and then resumed smoking for good.

While nicotine addiction and withdrawal do result in immediate symptoms for most people, physical addiction is fairly short lived and once people can 0vercome these feelings of short-term depression and anxiety, they typically report having a better mental state than they did when smoking.

If you are ready to kick the habit, whether for health reasons, money reasons, family or any one of the 100s of great reasons to quit – think back on this study for inspiration. The temporary struggle and ill effects on your mood will likely decrease as soon as you make it over the nicotine addiction hump.

Have you quit smoking? Did you notice an impact on your mood?