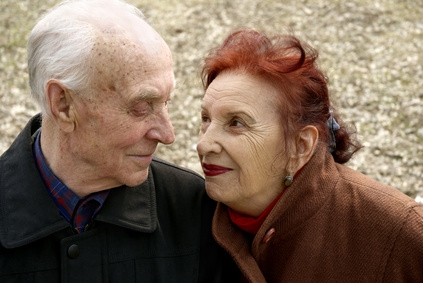 Perhaps the findings of a recent study may be surprising to some and yet not shocking at all to others. If you are a man – you may feel relieved by the news or perhaps this just confirms what you have believed all along.

Men, even in life’s later years, are still very interested in sex.

While many seem to block the thought of people their grandparents age being intimate, it is happening – and really, why shouldn’t it be? This is exciting news for the aging population!

While many men and women alike may feel uncomfortable bringing their sexual health up at the doctor’s office, its one important aspect of a relationship that should not be neglected simply because we grow older. In fact, it should be discussed more freely between patient and physician. Furthermore, according to the study’s findings, many older men would like to be engaging in sex with their partners even more frequently. Perhaps with better patient -physician communication, this would be a possibility for a larger percentage of men.

A new study actually adds some tangible statistics to the idea that men are hardwired to be sexually active their whole lives. The study was published this week in the Annals of Internal Medicine and published the findings of a study of 2,783 Australian men who were studied through 1996 to 2009.

The results are perhaps surprising – Of men ranging in age from 75 to 95, one in three men is still sexually active. The study also found that of those who are sexually active, the desire for more intimacy is present in almost half. In fact, 57% said they were still satisfied with their sex lives and 43% wanted to have sex more frequently. Of all the men who reported not having sex still, 40% said they were no longer interested.

So what are some of the factors that lead to a disinterest in sex and intimacy?

According to the study, these may include some of the following limiting factors –
Erectile Dysfunction
Blood pressure medications (resulting in ED)
Diabetes (which can effect circulation)
Beta Blockers
Decrease in testosterone
Osteoporosis
Partners who are not interested in, or unable, to have sex

Many experts who study the affect aging has on sexual ability, advise their patients to try and work within these limitations. You may still be sexually active despite many of these things if you and your partner take the time to find what works and what doesn’t.

Perhaps one of the biggest misconceptions is that erectile dysfunction has to happen as men age. This may have been the case decades ago, but with the modern erectile dysfuction medications (like Viagra) available, men are able to overcome ED more easily.

That is, if they are comfortable enough to bring it up. For this reason, many men feel more comfortable discussing this issues over the phone or online. In fact, many researchers have found that men are more truthful about their medical conditions when filling out an online medical assessment, than they are when visiting a doctor in a traditional face-to-face exam.

No matter your age, being intimate with your partner is a large part of maintaining a healthy and happy relationship. If health or other obstacles limit you, be imaginative – where there is a will there is a way!