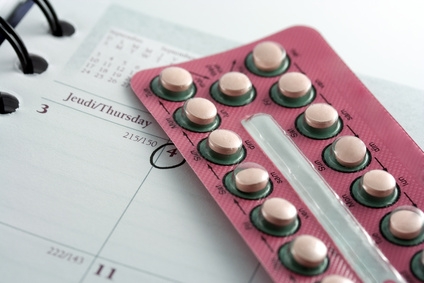 When a woman takes birth control, she may notice a few changes in her emotions or the way she feels in general at first since her hormones will be affected by the pills. What she may not realize however, is that an important part of her ability to recall emotional events may also be about to change.

A new study has found that when a woman takes hormonal birth control pills she may be more apt to recall events more in the way a man traditionally does, meaning she will not remember details but rather the general event.

Sound strange? Well, once you look at the science that backs it up, it all begins to make sense.

The study took place at the University of California, Irvine and was headed by Shawn Nielsen, a graduate student in neurobiology and behavior. A group of 66 female students were included in the test group and half were taking oral contraceptives, while the other half were not.

By randomly assigning certain woman to view different memory tests, researchers were able to see the difference birth control made in some of the women’s ability to later recall an emotional memory when compared to the normally cycling women.

One memory test involved watching a video of a young boy who was hit by a car when walking with his mother. He was then rushed to the hospital to have his severed feet reattached. The other (less-emotionally charged) video depicted a mother and son who viewed a small accident and then went to the hospital so they could to a “practice disaster drill.”

As reported in a recent TIME article on the subject,

“Previous research has hinted that estrogen may enhance verbal memory; in one study, for example, women taking oral contraception showed better recall of words on the active hormone days of their pill cycle than on days when they either weren’t supposed to take active pills or took non-hormonal substitutes.”

To test this further, the women taking active birth control pills who watched the more emotional story about the child who had been hit by the car remembered the general story line but not the specific details. This is actually how men are said to remember emotional events. They can’t remember the small details (like what color shirt a person was wearing) but they will remember generally what happened.

This further proves that our hormones have much to do with the way we recall emotional events later. While women typically say things like “men just don’t pay attention like we do,” there may actually be some truth to this. Of course,  there now appears to be a scientific reason for this as opposed to a behavioral one.

As you might expect, the group of women who were also shown this emotionally packed video and were not on birth control were able to recall the details in the video but not the overall story as clearly.

So you might be thinking, so what? Or maybe on the other hand, perhaps you’re thinking, that’s sort of frightening. Essentially however, taking the pill won’t make you lose your memory it simply may change the way you remember things.

What this new information could mean for the mental health world however could possibly be much larger. It’s already been recognized that some of the most common mental health issues for women include things like post-traumatic stress disorder, anxiety and depression and this may now give professionals a greater understanding of how women are impacted. Perhaps manipulating hormone levels may offer new treatment for these conditions in women over the next few years.

If nothing else, this study gives us a bit more insight into how our own bodies and minds work and one more change that occurs in our body when our hormone levels are modified.