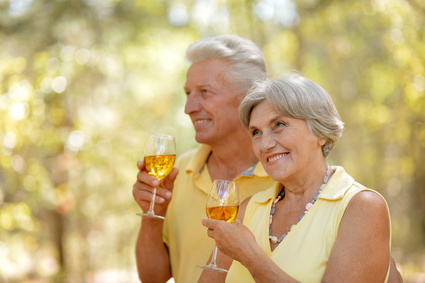 We all let out a collective cheer when reports showing that alcohol can actually benefit our health, right? The latest in this area of research has revealed a perhaps surprising benefit. For those who are suffering from early (or mild) Alzheimer’s, moderate alcohol intake has been found to correlate with lower risk of death.

There are many parts to this that seem counter intuitive. For instance, it’s widely known that alcohol actually kills brain cells so for a condition that impacts the brain, it goes against reason that alcohol should be a benefit. However, the proof is in the numbers. Researchers reported that those in the study who consumed roughly two to three drinks daily had a 77% lower risk of death over the three year study.

There are many unanswered questions regarding this study however. The actual cause behind these surprising numbers has not yet been explored which has led some to come up with their own theories. One of these is that perhaps it’s not the alcohol, but rather the social aspect that is leading to better health overall. Of course further research will be needed before we can totally jump on board with these findings.