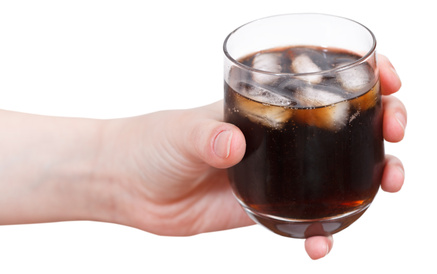 It comes as no surprise these days that soda is not healthy. Even for those drinking the diet versions, blood sugar is known to still spike from the artificial sweeteners, which can lead to sugary sweet cravings and snacking.

Regardless of this insight, soda continues to be largely consumed by the teenage population. While states like New York have attacked the soda industry by limiting the serving sizes of containers, a new study has revealed a perhaps more well-received tactic.

According to a study which was published in the American Journal of Public Health, when kids and teens learn the length of a walk that would be required to burn off all the calories consumed, the message that soda is not healthy finally hits home.

In order to come to this conclusion, researchers analyzed more than 3,000 soft drink purchases made by children ranging in age from 7 to 18 in a store located in a lower income area of Baltimore. In this area, it was determined that soda purchases accounted for 98% of all beverages purchased by children.

In order to test their theory, researchers placed signs that reported calorie amounts and discovered that one sign that mentioned it would take a five-mile walk to burn off the calories was most effective. The researchers feel that posting calorie amounts on the side of the can or bottle is not enough to help people make a good decision. Until those numbers are attached to a tangible act, they mean nothing.