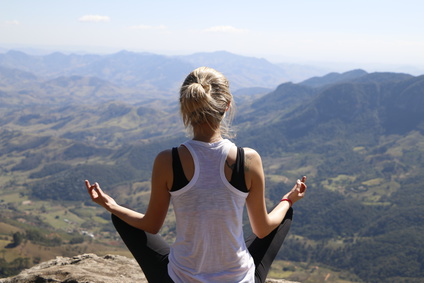 Lately meditation and mindful thought are nearly everywhere we look. It’s this idea that lead Dr. Fadel Zeidan to question how much of the benefits of mindfulness are simply a placebo effect and how much is real. In order to test the theory of mindfulness reducing pain, the assistant professor of neurobiology and anatomy found 75 healthy and pain free people to take part in his study.

The study began by scanning all the subjects brain with an MRI while they experienced pain from a 120 degree thermal probe.

Next the participants were sorted in to groups of four to undergo four days of training. They were all under the ruse that they were receiving the real mindfulness training but not all actually were.

One group was given a cream that they were told reduces pain over time (it was petroleum jelly). Throughout their four days, the participants rubbed the jelly on their legs and tested the back of their leg against the thermal probe. What was happening unbeknownst to them however was that the researchers were bringing the heat down each day so the people actually believed the cream was starting to work.

The second group were taught a fake sort of mindfulness for 20 minutes which essentially just told them to breath deeply without giving them any type of direction. The third group listened to 20 minutes of a “very boring” book on tape.

The real mindfulness group sat with straight posture for 20 minutes and listened to the instructor’s guidance for how to let thoughts and emotions pass through them.

Once it came time for results, researchers found a clear winner in pain reduction.

All participants from the four groups were once again put through the MRI and thermal probe test. The following are there results:

When compared to the impact of morphine on physical pain, these numbers are astonishing. Morphine has shown to reduce pain by only 22%.