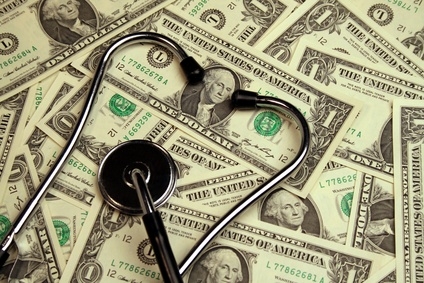 With all that rocked the health care world in 2010, many heads are still spinning as we roll into 2011. With the extremely controversial March 23 signing of the new health care reform, some were happy (mainly democrats) while some wholeheartedly disagreed (mainly republicans). Now in light of the recent elections, the republicans have once again gained control of the House and increased their presence in the Senate, ensuring that once again the health care world will see a change. No matter what your personal stance on these political matters, there is one often overlooked payment option for health care that you should take a closer look at as the new year approaches – the health savings account.

According to a recent Wall Street Journal article, the health care overhaul did cut the amount that people are able to put into their medical flexible spending accounts down to $2,500. According to tax experts, however,  health savings accounts (HSA) or health reimbursement accounts (HRA) have not been altered.

Understanding the difference between accounts
It can get awfully confusing with so many similar sounding medical payment account names floating around. Here are the definitions of the ones which I have already mentioned.

Health Savings Account (HSA): A tax-advantaged medical account which is available to U.S. taxpayers who take part in a High Deductible or  other plan, that can be used for a pre-taxed amount which will cover medical expenses only. Unlike other popular health accounts, any money remaining in the HSA at year’s end can be used for future expenses since it is an employee owned plan.

Flexible Spending Accounts (FSA): The employer decides first what they will spend for health expenses for the uninsured and then arrange a certain amount to be withheld from their employees paychecks before taxes. This works as a reimbursement plan for medical expenses that are submitted with receipts and proof of medical care. If the total amount available for reimbursement is not used at year’s end, it will be dissolved.

What should we choose going into 2011?
This is the projected coverage that both the HSA and HRA will provide in the new year.

HSA: The minimum deductible for family coverage is $2,400. The out-of-pocket expense including the deductible can not be more than $11,900. For a single employee, the deductible is $1,200 and the out-of-pocket plus deductible will not exceed $5,950. There may be increases if the employee goes to an out-of-network doctor, but typically doctors for most things necessary are covered in-network. With this plan, your money can flow over from year to year and you still receive the tax advantages with the HSA.

HRA: Since the employer is the owner of this type of account and not the employee, you as an employee covered under the plan have far less say in how you use this money. Some companies may allow you to rollover unused amounts of money, however, they don’t need to do this and therefore you can loose out on some of your money.

Between the two, there are many pros and cons, however, for 2011 it seems that perhaps the HSA is the clear choice.

Does anyone have personal experience using any of these accounts or thoughts on which is the best option for 2011?