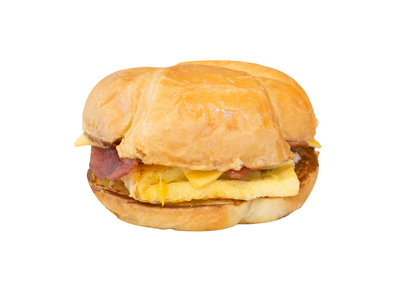 The item in question is the 6-ounce sausage, egg, cheddar cheese English Muffin sandwich. It’s made by Progressive Gourmet Inc in Wilmington, MA. If you aren’t sure if the sandwich you have purchased is involved in the recall, the recalled products are being identified as any with the “best before” date of August 7, 2016.

These sandwiches were only sent to 250 stores, all located in Arkansas, Texas and Oklahoma.

While most people can recover from Listeria, it can be deadly in the elderly as well as children.

Listeria is a bacteria that infects a person when consumed through food. This is most commonly known as a type of food poisoning. There are both mild and severe cases. The most common symptoms are sudden fever, chills, severe headache, vomiting and other flu-like symptoms. In some, these may become more severe and require medical treatment.

Starbucks announced that their recall was conducted “out of an abundance of caution” when Listeria was found on a surface in the production facility during routine testing.

The good news is that no one has reported any sickness directly related to these sandwiches as of yet so chances are, this is just a precaution.

Other forms of food poisoning have wrecked havoc on restaurants rendering their brands questionable by a large portion of consumers. The recent Chipotle E. Coli outbreak spelled disaster for the company.

The following are the most common sources of Listeria according to FoodSafety.gov