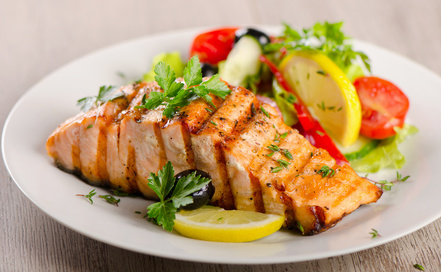 The physical health benefits of eating fish are nothing new, but when it comes to improving mental health a new study shows that people who ate the most fish were at a 17% lower risk of suffering from depression.

It’s not the first time a link between food and mental health has been questioned but the idea has been a relatively controversial one. This year we have found that a healthy diet may fend off depression and another study found that fibrous fruits, veggies and grains could ward against it as this mental illness as well.

In this most recent study, researchers analyzed  26 observational studies published between 2001 and 2014. Based on this info, analysts were able to conclude that there is a link between improved mental health and fish consumption. Discovering the cause however, is not part of the study but analysts have voiced their thoughts on potential connections between Omega-3 fatty acids and lowered risk of depression.