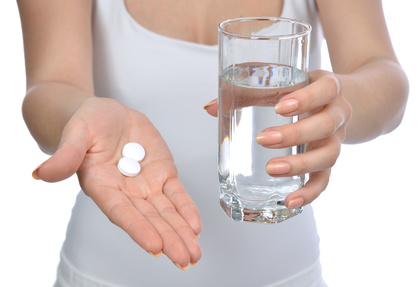 The practice of taking low-dose aspirin in order to reduce the risk of heart attack and stroke has been recommended by a large population of the medical industry for some time now. Conflicting reports, however, have shown that some experts believe that for those who have no history of a cardiac event, aspirin use is not only unnecessary but also potentially dangerous.

A potential new use for low-dose aspirin however has been introduced. An expert panel, the United States Preventive Services Task Force, is now recommending daily aspirin use to prevent heart attacks and stroke as well as colorectal cancer. While many doctors have made similar recommendations for years, this is the first time that a major American medical association has recommended aspirin to prevent cancer.

This comes on the heels of research that has shown perhaps aspirin is more powerful in warding off cancer than previously thought.

The task force however isn’t recommending that adults start on a low-dose regimen if they are not already taking it for cardiovascular health. They have stated that based on new evidence, there is not even evidence to recommend low-dose aspirin for heart disease prevention in people younger than 50 or older than 70. They are simply noting that for those already taking daily low-dose aspirin, there may be additional benefits, one of these being a reduced risk for colorectal cancer.

Before starting any new medication, even over-the-counter, be sure to discuss your options with your physician.