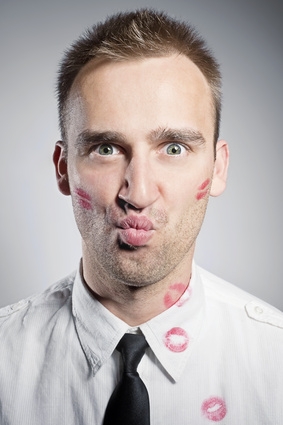 A new study has found perhaps a surprising statistic.

Men with spouses who bring home the most money are five times more likely to cheat. While this idea may not be revolutionary, the ability to put a tangible statistic to this fact is. The news was announced  at the recent annual meeting of the American Sociological Association, by Christin Munsch of Cornell University in New York.

The reason: Men are the hunters, women are gatherers. When these, now seemingly archaic, roles are challenged, the male ego is thrown off kilter and as a result, men often retaliate in the way that can really destroy a woman – infidelity. This is the basic conclusion that was also presented at the meeting by Munsch.

As this study has been released in the media, these findings have been put into terms that most people linked to pop culture can easily understand – Jessie James and Sandra Bullock.  This high-profile couple has exemplified what can happen when the woman takes over the “breadwinner” role. A seemingly happy couple – woman makes more than man in relationship – man cheats and nation is shocked how anyone could do this to one of America’s most loved and beautiful actresses – classic example.

While this may all sound overly simplified, these feelings of inadequacy are believed to not be the only reason that men with higher income women feel compelled to cheat. Many men who are not making a lot of money simply do not feel fulfilled in their own lives and fall into the same humdrum schedule of working hard with very little to show for it. This can lead to the need for something exciting to make him feel like he is in charge or powerful. This same theory was also sited by Munsch  as a possible reason for the results of the study.

Strangely enough, the same research department found that the opposite is true of women. When they are being financially cared for by a man, women are less likely to go astray.

So what will make a man want to be faithful?
The study found, that the ideal formula for a faithful relationship is when his spouse is making nearly 75% of what his own income.

The information for this study was gathered from 2002 to 2007 from the National Longitudinal Survey of Youth and included couples who had been together for at least a year, lived together and were between the ages of 18 and 28.