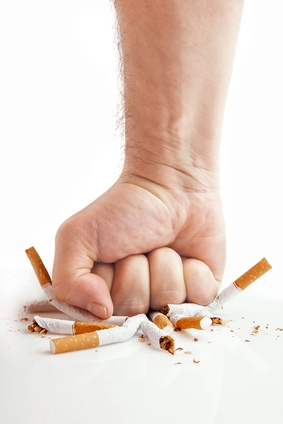 While there are many things which are avoidable in life, unfortunately death is not one of them. However, did you realize that smoking cigarettes accounts for 1 out of every 5 deaths in the United States? In fact, smoking is the leading preventable cause of death and yet 19% of the population in America still lights up on the daily.

While many smokers argue that they should be allowed to smoke outdoors in any public place, more and more businesses are implementing a ban on smoking at the work place. Many other public places have also banned smoking as a courtesy to non-smokers but a recent study has shown that restricting smoking is helping many quit or at least cut back on their habit.

Research conducted by the University of Research says that home and city bands make it harder for smokers to continue to smoke and therefore effectively reduce smoking. As part of the study, 1,716 smokers in California were studied and several conclusions were drawn.

1. Those who implemented a ban on smoking in any part of the home were more likely to quit.

2. In states where bans on smoking are strict, more people are quitting.

3. Total state bans were most effective in the male population.

4. Home smoking bans were most effective for women.

Many workplaces also offer incentives to get their employees to quit. Not only is this important for productivity and overall health, but the company insurance policies may also see a cost reduction when they do not have smokers in their office.

With some incentives are gift certificates or maybe a dinner on the boss, others use bonuses and sums of money to motivate and as you can guess, money has proven to be the best motivator.

As the New Year approaches, large groups of smokers will make the resolution to quit. Are you ready?